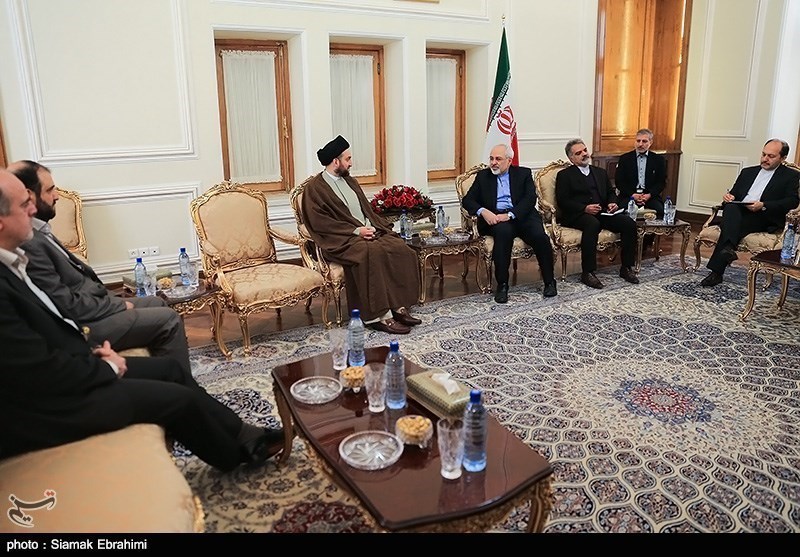 In a Monday meeting with Head of the Islamic Supreme Council of Iraq (ISCI) Ammar al-Hakim in Tehran, Zarif described the performance of clerics and religious leadership in Iraq as a “source of glory.”

He also praised Baghdad’s efforts in expanding bilateral cooperation with Tehran and countering terrorism which is “the two countries’ mutual enemy.”

The visiting Iraqi politician, for his part, touched upon the “strategic ties and strong relations” between Iran and Iraq, calling for further efforts to turn the challenges into opportunities.

With terrorist attacks becoming a daily routine in Iraq, neighboring Iran has always voiced support for the Iraqi government and nation.

On Sunday, Iran’s Foreign Ministry Spokeswoman Marziyeh Afkham said that enemies and ill-wishers of Iraq “will fail in light of the vigilance of the Iraqi nation and religious, political elites and under the guidance of that country’s Marja’s (religious leadership), clerics and religious leaders.”

Violence in Iraq killed at least 12,282 civilians in 2014, making it the deadliest year since the widespread bloodshed of 2006-07, when the monthly death toll sometimes exceeded 3,000, according to the United Nations.