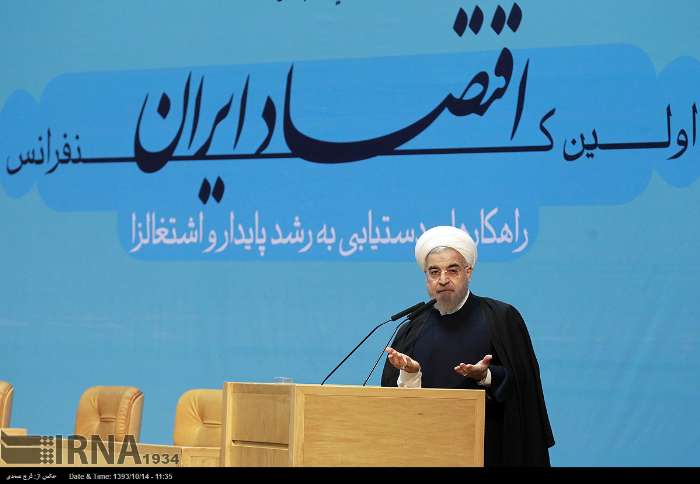 Addressing the opening of an economic conference here on Sunday, the president noted that one significant article of the Iranian Constitution has been neglected so far.

He said that in the capacity of country’s chief executive, he is keen to put into practice that part of the Constitution which proposes going to the public votes in top priority issues of economy, society, politics and culture when setting up regulations instead of referring them to the parliament.

While the parliament retains its supreme position as the legislative body, he added, people should be asked to directly vote about the issues which are of high importance for the country and have remarkable impact on their lives.

Once in 36 years since the victory of the Islamic Revolution in Iran, this chapter of the Constitution has to be implemented, the president noted.

He called for further concentration on the issue of economy and stressed the need for uprooting the economic corruption which he said is remarkable everywhere.

The president opened the first conference of the Iranian Economy on the theme ‘Strategies for Achieving Sustained Growth and Employment’.

Several Iranian ministers as well as some 1500 economic experts, university scholars and economic activists are attending the two-day gathering which is to discuss macroeconomic issues.