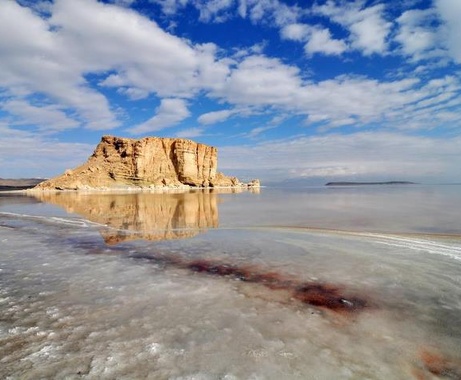 Javad Malek told Mehr News on Saturday that fluctuations and drops in the level of water in seas was an important issue in deciding on any water transfer policy; “during last 3 decades, Caspian Sea level has experienced 2.5 meter rise in water level, with subsequent fall of about a meter,” added Malek, “any plan to transfer water from the Caspian Sea to Iran’s central desert regions and Lake Urmia would not materialize without accounting for these challenges; the fluctuations in the water level should be an integral part of any project,” he added.

Malek also noted that Caspian Sea had an overall rotation pattern of north-south, which brings to the surface in southern coasts most of the pollution; “in terms of water quality, this also poses a challenge for any project of water transfer; Caspian Sea is shared by five countries who should coordinate activities in the sea. Signing of the Tehran Convention (an environmental convention on Caspian Sea) is an attempt to coordinate such activities and address environmental issues of the sea,” said Malek.

“The Center, as a national reference authority in Caspian Sea water level fluctuations, would cooperate with the Ministry of Energy in providing any recommendations and technical advice to the government bodies responsible for any water transfer projects to Lake Urmia or Iran’s central desert regions,” he proposed.