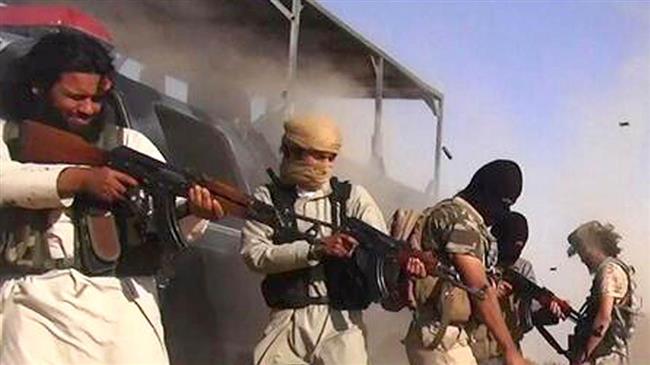 Takfiri ISIL militants have executed two Iraqi correspondents in the violence-plagued northern part of Iraq in another gruesome act of terrorism.

An Iraqi intelligence source, speaking on condition of anonymity, said on Sunday that ISIL terrorists shot dead the victims, identified as Suhail Bayatti and Issam Mahmoud, over the past few days.

The source added that Bayatti, who used to work for al-Anbar TV network, was gunned down in Ar Rutbah town, situated 428 kilometers (265 miles) west of the capital, Baghdad, hours after being abducted by ISIL terrorists.

Mahmoud, who worked for al-Mosul TV station, was killed at the Ghazlani military base near the hotbed northern city of Mosul, located some 400 kilometers (248 miles) north of Baghdad, days after his abduction by ISIL militants.

The ISIL terrorists shot dead 15 civilians in public in the Karma district of the city of Fallujah, located about 69 kilometers (43 miles) west of Baghdad on January 2. The ISIL claimed the victims had cooperated with Iraqi security forces, and had revealed information about the whereabouts of the terrorists in the city.

Anbar Province, which borders Syria, has been a major stronghold of ISIL and continues to be largely controlled by the terror group.

The terrorists have been carrying out horrific acts of violence, including public decapitations and crucifixions, against Iraqi communities such as Shias, Sunnis, Kurds, Christians, and others.