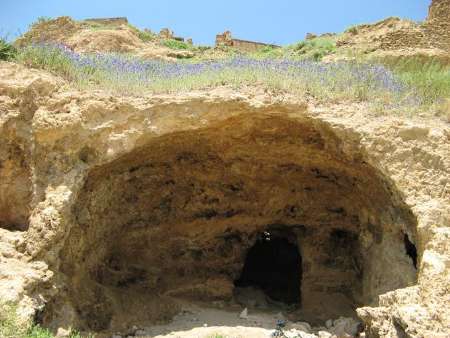 ISFAHAN, Jan. 03 (MNA) – Head of Cultural Heritage of Fereydan County in Isfahan has said a number of underground places belonging to Achaemenid era have been recently discovered there.

Mahmoud Salimi told reporters on Saturday that the discovered underground places belong to the Achaemenid era, which dates them back to 6th century BC.

“So far, five of these underground places have been discovered that bear evidence of cattle and human settlements,” he said.

Salimi noted that the entrance of this ancient underground city is 30 meters high with regular stone walls and a mild slope. There is a well and a small pond for the livestock at the far end of the main entrance. In addition to a stable, there are also rooms that used to be occupied by humans.

“The reason this underground city had been built was to take shelter from enemy attacks and to cope with adverse weather conditions,” he said.

According to studies carried out by experts, each underground place carved at the foot of Fereydan, belongs to a different tribe and is recognized by the name of that tribe.

More than 340 historical sites have been discovered in Fereydan County, 10 of which have been registered on the national heritage list.