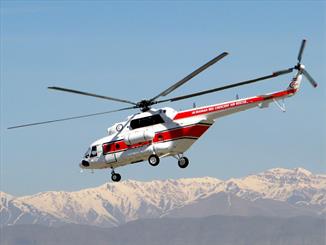 Tehran, Jan 2, IRNA – The Red Crescent has saved the lives of 8 climbers lost in the heights of Ney Band mountain range after a five-hour search operation.

The Red Crescent of Tabas County in South Khorasan Province launched a search-and-rescue operation Thursday evening at 7 PM local time to locate a group of eight mountain climbers trapped in the heights of Ney Band mountain range, the highest peak in the province with a height of 2960 meters.

“After five hours of searching, the rescue units managed to locate four climbers at the vicinity of Ney Band Mountain,” he said, noting that one of the climbers had to be transferred by a helicopter from Kerman Province because of injuries.

The other four climbers had been able to climb down the mountain with no difficulty, MNA reported.

According to Fakhari, the accident had occurred 200km away from Tabas, near Dig-e Rostam, a village in Kavir Rural District.