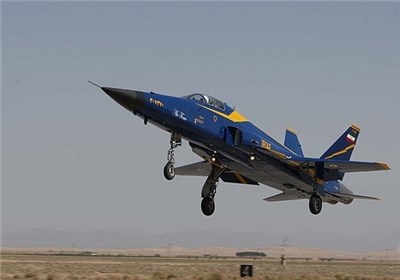 Managing Director of the Iranian Aviation Industries Organization Manouchehr Manteqi told Tasnim on Saturday that the new aircraft is ready to be unveiled.

Iran’s military officials had already announced that the new generation of Saeqeh is a twin-seat fighter jet, which has more power, mobility, navigation equipment, fire power, pay load and operational range compared with its single-seat version.

Elsewhere in his comments, Manteqi said the country’s experts have managed to design a concept fighter jet, dubbed Borhan, or B-92.

“A concept prototype of the Borhan fighter jet has been produced,” the official explained, noting that the project will be developed if domestic and foreign investors are attracted.