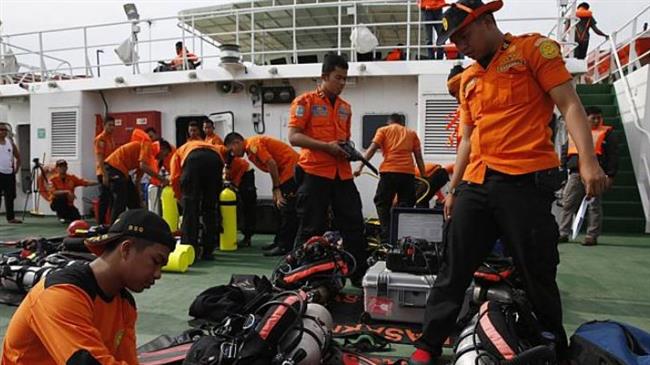 Indonesian authorities say the ill-fated AirAsia Flight QZ8501 that crashed into the Java Sea last week was flying on an unauthorized schedule.

Djoko Murjatmodjo, director general of Indonesia’s air transport, said Saturday that the passenger plane crashed en route from Indonesia’s second city Surabaya to Singapore at a flight time that had not been cleared by officials.

The Airbus A320-200 crashed into the sea on December 28, 2014, with 162 people on board, halfway into its two-hour flight from Surabaya to Singapore’s Changi Airport.

Murjatmodjo added that the Transport Ministry had now frozen the airline’s permission to fly the route as Flight QZ8501 violated the route permit given.

“It violated the route permit given, the schedule given, that’s the problem,” said Murjatmodjo.

According to the Transport Ministry, the plane was not permitted to fly the route on Sundays and it had not asked to change its flight schedule.

“With the discovery of an oil spill and two big parts of the aircraft, I can assure you these are the parts of the AirAsia plane we have been looking for,” said Soelistyo.

Foreign investigators are participating in search operations to locate the plane’s black boxes, which will help to determine the cause of the crash. Rescue workers have so far recovered 30 bodies.

Prior to take-off, the pilot of Flight QZ8501 had requested to fly at a higher altitude to avoid a storm however it was denied due to other planes above on the route. In the last communications by the pilot before all contact was lost, he asked to change course to avoid the threatening storm system.