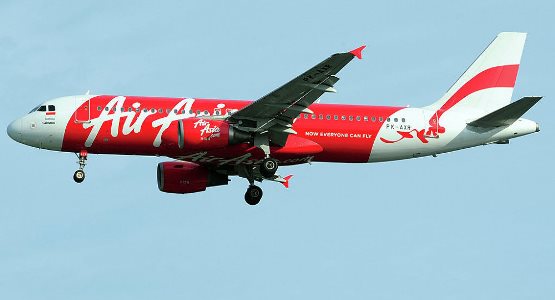 TEHRAN (Tasnim) – Ships searching for the wreck of an AirAsia passenger jet that crashed with 162 people on board have pinpointed two “big objects” on the sea floor, the head of Indonesia’s search and rescue agency said on Saturday.

The Airbus (AIR.PA) A320-200 plunged into the Java Sea on Sunday while en route from Indonesia’s second-biggest city Surabaya to Singapore. No survivors have been found.

“We have detected two objects underwater (at) 30 meters depth,” said search and rescue agency chief Fransiskus Bambang Soelistyo. “At this moment we are operating the ROV to take pictures of the objects.”

A multi-national task force of ships, planes and helicopters have been scouring the northern Java Sea and coastline of southern Borneo to recover the bodies of victims and locate the wreck of Flight QZ8501 and its black box flight recorders.

The latest break in the massive search and recovery operation comes after Indonesian authorities questioned whether the pilot had followed correct weather report procedures, and suspended Indonesia AirAsia’s Surabaya to Singapore flights for apparently infringing the terms of its license for the route.

The two objects were found just before midnight on Friday, Soelistyo told a news conference in Jakarta, and the search and rescue agency was attempting to get images using remotely operated underwater vehicles (ROV).

Soelistyo said operating ROVs was problematic due to the large waves in the area that have hampered operations for much of the week, but that divers were preparing to search for the objects, Reuters reported.

Much of the effort has focused on finding victims of the crash. Officials said 21 bodies were pulled from the sea on Friday, including two still strapped in their seats, bringing the total number of victims recovered to 30.

Small pieces of the aircraft and other debris have also been found, but there has been no sign of the crucial voice and flight data recorders – the so-called black boxes that investigators hope will unravel the sequence of events in the cockpit during the doomed jet’s final minutes.