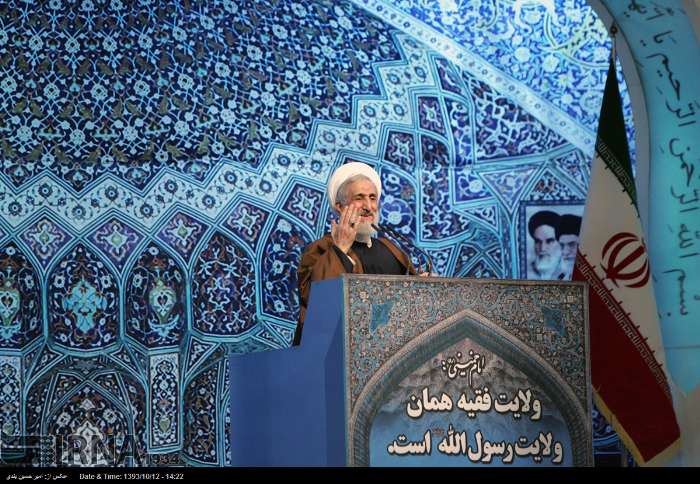 Tehran, Jan 2, IRNA – Tehran Substitute Friday Prayers Leader Kazem Seddiqi stressed the will of the Iranian nation to confront attempts to cause sedition in the country.

Addressing the gathering of a large congregation in Imam Khomeini Mosalla here on Friday, he said that the nationwide commemoration of Ninth of Dey (coinciding with December 30), which is designated as Day of Insight, underlined the fact that the Iranian nation is determined to stand against sedition.

He added that the nationwide rallies served to send warnings to seditionists and also stress the seeds of sedition have not yet been totally uprooted.

Today, the leaders of sedition – either those who are in detention as well as the ones at large – are still insisting on their stances, the prayer leader said.

He also warned about propaganda of those involved in post-elections protests in 2009, saying that they are making use of facilities which they have no right to.

Seddiqi further noted that such people are hatching plots and making programs for the Majlis and Assembly of Experts elections with the objective of undermining the Islamic system in the country.

Referring to detention of Secretary General of Al-Wefaq Islamic Society Sheikh Ali Salman by Bahrain’s government, Seddiqi said that the arrest runs against law and ethics.

About Bahrain developments, the cleric said the crisis should not be described as a clash of Sunni and Shiite minorities.

Rather, he believed, those intriguing the clashes are agents of Britain and the US who cherish the fantasy of stopping the popular movement in Bahrain through use of pressure, detention, tear gases and demolition of mosques.

Addressing Bahraini rulers, Seddiqi warned them that four year lapsed since the start of the crisis in the country while the movement still sustained despite pressures.