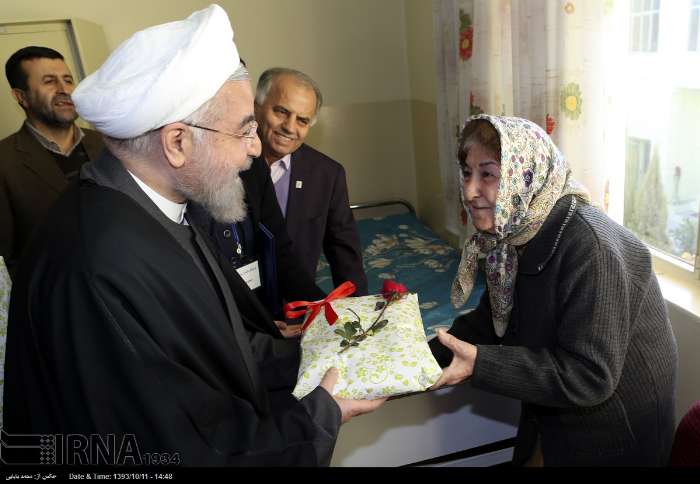 Tehran, Jan 1, IRNA – President Hassan Rouhani on Thursday visited a number of the Iranian elderly Christians in Tehran’s St. Mary Hospice on the occasion of the beginning of the new Christian year, 2015.

Speaking to reporters at the end of his visit, President Rouhani stressed the need to pay due attention to all Iranian citizens, particularly old people both Christians and non-Christians.

The President also congratulated the Iranian and world’s Christians on the advent of the year 2015.

He further appreciated those who work hard to help old people in nursing homes.

President Rouhani said all Iranian regardless of their religions deserve to receive proper services and attention.

He also added that it is a common duty for every Iranian citizen to play his/her due role in serving the country’s prosperity and dignity.