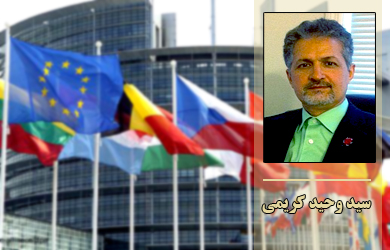 Tehran, Jan 1, IRNA — A senior Iranian diplomat says a wave of diplomatic moves by several European states for recognizing a Palestinian state has actually been designed to shore up the position of Israel in the region.

Sayyed Vahid Karimi also told qodsna.com that the European states could no longer ignore a nation that is the real owner of a land, has gained the military upper-hand over Israel and enjoys a democratic government even under Western parameters.

Head of the European and American Studies Department in the Iranian Foreign Ministry said most of those countries hope that the upcoming election in Israel would yield a moderate government.

‘The Zionist public opinion either in Israel or the US has more or less got the idea that the Palestinian rights must be recognized if peace is going to be established,’ the senior diplomat said.

Karimi said the Western states perceive that they could bring relative security to the Zionist regime by imposing a watered-down state on the Palestinian nation however Palestinians are generally against any such offers that would partially recognize their rights.

The senior diplomat noted that unlike all these efforts in favor of Israel, many experts believe that Israel is heading a brink both in terms of demographic issues and political and military status.

Benjamin ‘Netanyahu seems to be the last of radical and extremists Israelis who push for their goals by use of force,’ Karimi said.