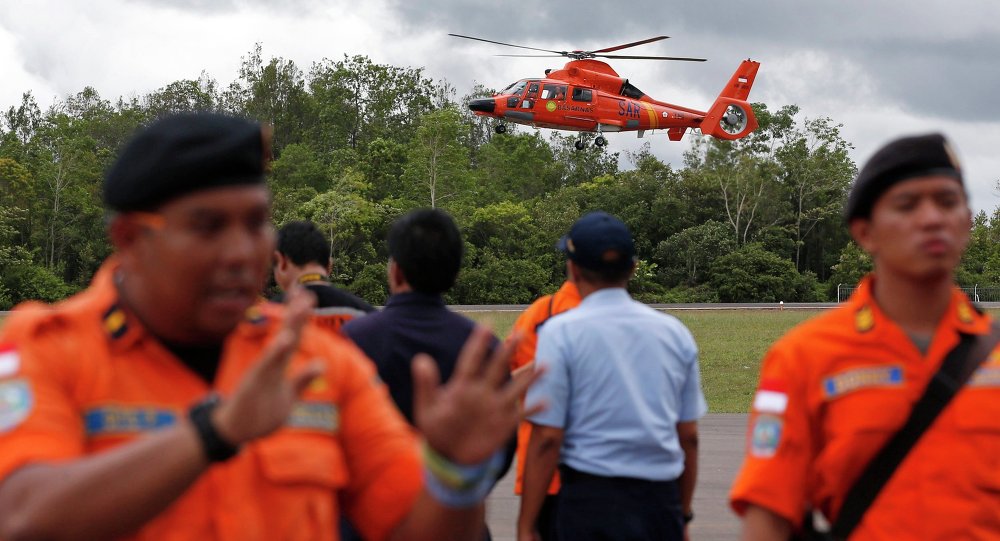 Nine bodies have been recovered so far from the Java Sea off the island of Borneo in the area believed to be the crash site of AirAsia Flight QZ8501, according to the BBC. One victim has been identified as Hayati Lutfia Hamid.

MOSCOW, January 1 (Sputnik) – Two more bodies have been found in the Java Sea near what is believed to be the crash site of AirAsia Flight QZ8501, bringing the total to nine, the BBC reports, citing unnamed officials.

One victim has already been identified as Hayati Lutfia Hamid, a flight attendant, the broadcaster said.

The bodies of seven people recovered earlier have been transported to Surabaya, Indonesia, according to the Associated Press.

Bad weather is hampering search efforts, which are focused on locating the plane. “There was something like a dark shadow once seen from a plane, but it cannot yet be proven to be wreckage,” said Rear Marshal Hadi Tjahjanto, an Indonesia air force spokesman, as quoted by the AP.

“It’s possible the bodies are in the fuselage,” said Vice Air Marshal Sunarbowo Sandi, the search and rescue coordinator in Pangkalan Bun, as quoted by the news agency. “So it’s a race now against time and weather,” he added.

“I am hoping that the latest information is correct and the aircraft has been found. Please [lets] all hope together. This is so important,” AirAsia chief Tony Fernandes tweeted.

AirAsia flight QZ8501 was heading to Singapore with 162 people on board when it lost contact with air traffic control on Sunday morning. On Tuesday, its debris and the bodies of people who had been aboard were spotted scattered in the Karimata Strait off the coast of Borneo.

Thirty ships and 21 aircraft from Indonesia, Australia, Malaysia, Singapore, South Korea and the United States have been participating in the search for Flight QZ8501. No survivors have been found.

AirAsia Indonesia operates domestic flights within the Indonesian archipelago and international flights to Malaysia, Singapore, Australia and Thailand. The company is an affiliate of the Malaysian company AirAsia.