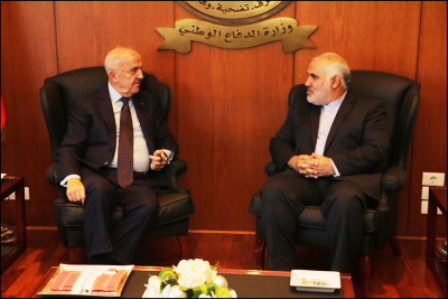 Fathali also congratulated the three officials as well as Christian military forces and citizens of Lebanon on the occassion of the anniversary of the birth of Jesus (PBUH) and arrival of the new Christians’ year, 2015.