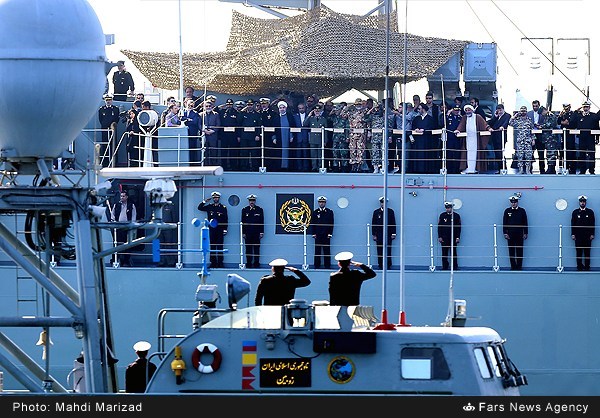 Iran: No need for foreign forces in region

TEHRAN (Tasnim) – Iranian President Hassan Rouhani on Wednesday renewed Iran’s opposition to the presence of foreign forces in the region, adding that regional states are capable of ensuring security of the region.

“The Islamic Republic of Iran and countries in the region can defend their territory and region well, and there is no need for foreign forces in the region under any pretext,” the Iranian president told reporters in a visit to Iranian army’s massive military drills.

Pointing to the efforts to spread Iranophobia in the region, Rouhani stressed that Iranian Armed Forces are not after aggression against any other country, and reiterated that Iran alongside regional countries can defend the region.

He further underscored that the power and capabilities of Iranian Armed Forces are a source of tranquility, confidence, and security not only for the Iranian people, but also for the regional nations.

Iran and several regional countries have repeatedly stressed that foreign forces should not interfere in the affairs of the region.

Among others, Iraqi Prime Minister Haider al-Abadi had earlier announced that his country does not need foreign troops in the battle against the Islamic State of Iraq and the Levant (ISIL) terrorist group, and Iraq is completely capable of defeating ISIL terrorists.