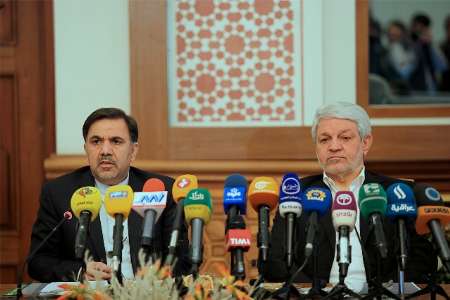 Tehran, Jan 1, IRNA – Minister of Roads and Urban Development Abbas Akhundi announced that agreement has been reached between Iran and Iraq on railway link at Shalamcheh border point. He said the border bridge in that route will be completed in 18 months.

Speaking in a joint meeting with Iraqi transportation minister during which a memorandum of understanding was signed, Akhundi noted that up to the next four weeks dredging operations will be launched in Arvand Roud enabling 12-thousand-ton ships to navigate in the waterway.

Stressing that fortunately highly successful and effective talks have been held between the two countries, the minister said the talks were held in railway, surface and air transportation, Arvand Roud waterway and export of engineering services.

Akhundi praised the Iraqi Transportation Minister Baqer Al-Zubaidi’s resolve in development of bilateral relations saying the atmosphere governing the sessions was mainly of executive nature and the decisions made were time-tabled and operational.

As for railway cooperation, the minister said Iran-Iraq rail link through Shalamcheh-Basra and also through Khosravi border will become operational as soon as possible.

Referring to air agreement, the Iranian minister said a draft agreement has been approved in this regard which he hoped will be studied by the Iraqi transportation minister and his colleagues and signed during his forthcoming visit to Iraq.

With regard to the surface cooperation, he said a draft has been prepared which will be signed during his visit to Iraq, adding that with regard to the marine cooperation the Iraqi minister has shown his resolve for dredging of Arvand Roud waterway and the two sides decided to implement the project as soon as possible.