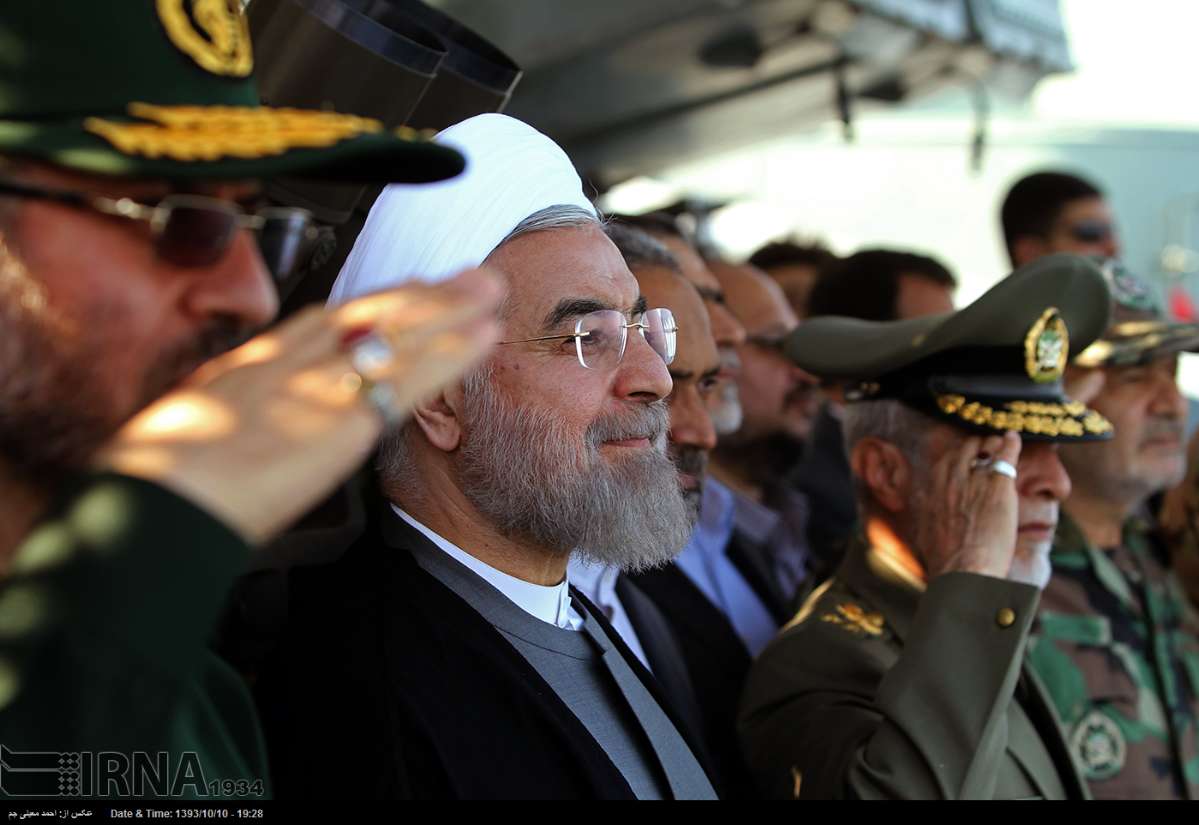 Greeting forces at the end of a major military exercise, President Rouhani has made the interesting claim that US-led sanctions have boosted the power of Iran’s military.

Rouhani spoke in the port city of Jask in southern Iran before a naval parade of more than 100 vessels in the Sea of Oman:

God willing, and through unity and solidarity among the people, government, and Armed Forces, Iran will make progress every day in every aspect and no superpower will be able to dent our authority and independence.

With Iran battling economic difficulties and struggling to fund the proposed Government budget, the Islamic Republic has staged one of the largest military displays in its history over the past week.

Rouhani hailed the exercises while implicitly acknowledged the problems with production and employment while trying to contain inflation:

It is very important for us and Iranian nation that Armed Forces showed off their capability and power in defending the country against the enemies. The readiness that they display of themselves in such maneuvers deters the enemy forever from [harboring] any whim against and coveting the land of Iran….

If some think they can bring this nation to its knees by exercising pressure, lowering oil prices, and planning and executing different plots, they are seriously mistaken.