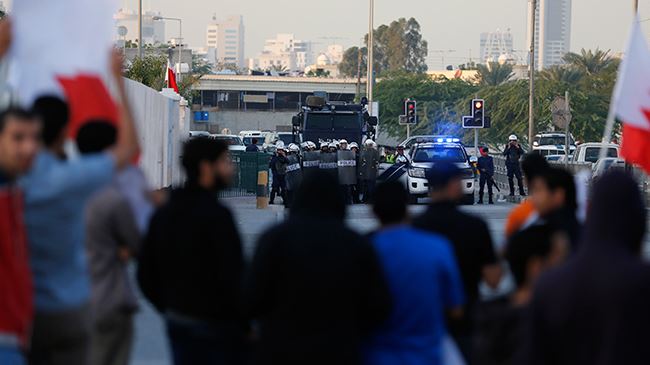 Regime security forces used tear gas and rubber bullets on the island of Sitra and in the villages of Karbabad and Bouri to disperse the protesters.

Earlier on Wednesday, similar clashes erupted in Bilad al-Qadeem village, south of the capital, Manama, outside the home of the detained cleric.

Tensions have been running high in the monarchy since Sheikh Ali Salman, the secretary general of the main opposition bloc, al-Wefaq National Islamic Society, was arrested on Sunday over alleged anti-regime incitements.

On Tuesday, the UN High Commissioner for Human Rights’ spokesperson, Liz Throssell, urged the immediate release of Sheikh Salman “as well as all other persons convicted or detained for merely exercising their fundamental rights to freedom of expression and assembly.”

Since mid-February 2011, thousands of anti-regime protesters have held numerous demonstrations in the streets of Bahrain, calling for political reforms.

Manama’s heavy crackdown on protesters turned people’s demands for reforms into calls for the downfall of the regime.

Scores of people have been killed and hundreds of others injured in the Manama regime’s ongoing crackdown on peaceful anti-regime rallies. The regime has also detained many protesters.