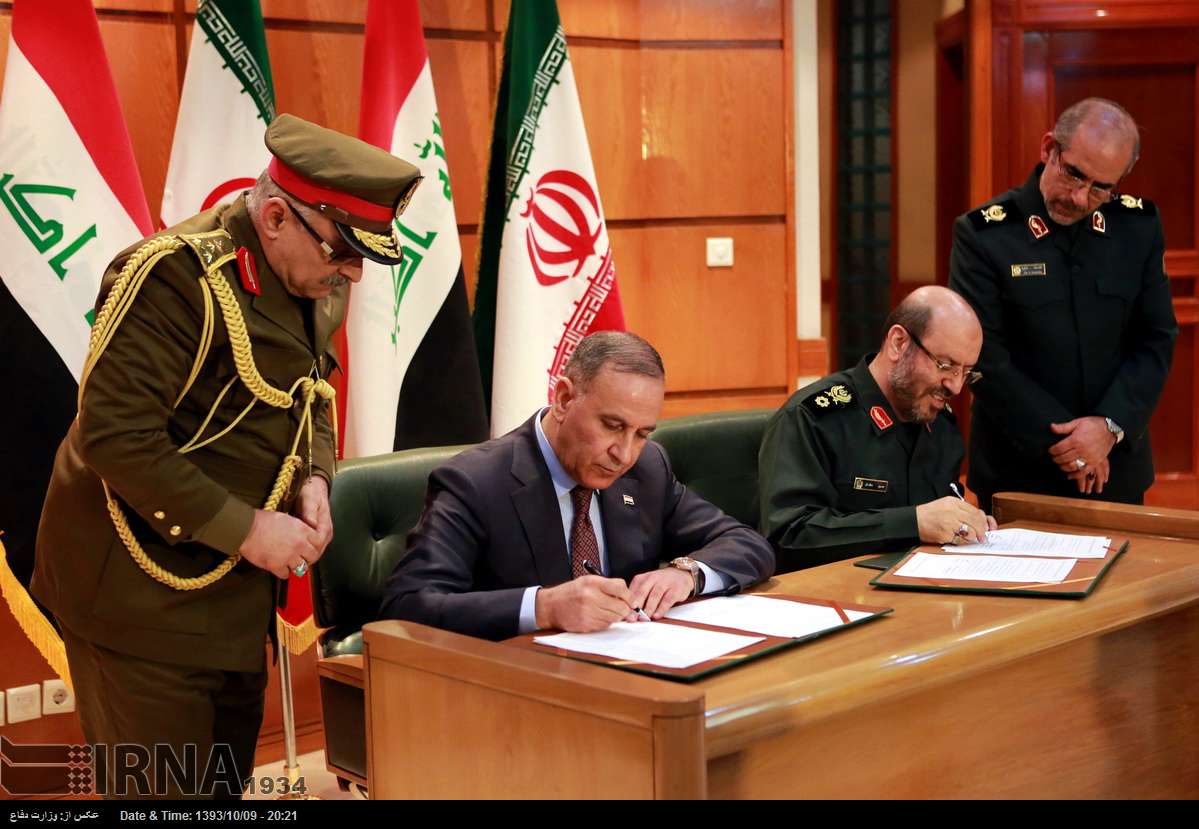 TEHRAN (Tasnim) – Defense ministries from Iran and Iraq signed a memorandum of understanding (MoU) in Tehran on Tuesday to boost the two neighboring countries’ defense cooperation.

The agreement was aimed at expanding cooperation between the two sides on the establishment of a national army in Iraq to help the Arab country maintain its territorial integrity and security.

The two sides also decided to continue their consultations on finding mechanisms for ensuring security in the region.

Earlier on Monday, Dehqan had voiced his country’s preparedness to help neighboring Iraq increase its military power, and referred to Iran’s support for Iraqi army as part of the Tehran’s defense and security strategies in the region.

The Islamic State of Iraq and the Levant (ISIL) terrorist group has made swift advances in much of northern and western Iraq over the summer, after capturing large swaths of northern Syria.