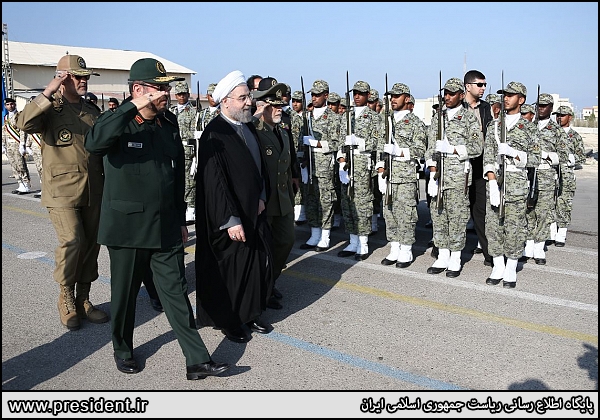 No superpower able to damage Iran’s might, says Rouhani

“…Iran will make progress every day in all fields, and no superpower is able to damage our might and independence,” Rouhani said on Wednesday after Iranian Navy parade in Oman Sea.

He also said ‘vigilance and powerful’ presence of armed forces in defending the country disappoint enemy’s covetousness towards Iran.

Rouhani further noted that the massive military maneuver codenamed Mohammad Rasoulollah (Mohammad, the Messenger of God) and was wrapped up on Wednesday is an example of Iranian military’s vigilance and capacity.

“Vigilance and mighty presence of the Islamic Republic of Iran’s Navy in internal and high seas show technical and training capacity, strength and motivation of the country’s armed forces.”

Rouhani noted that the armed forces are well defending the country.

“Iran continues its progress under the security and relief provided by the armed forces. If some think that they can bring the Iranian nation to their knees through pressure, oil price fall and different plots, they are absolutely wrong.”