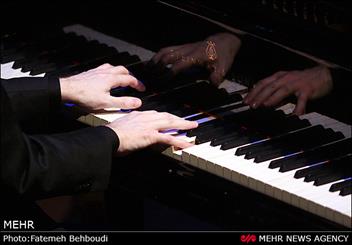 Iranian composer to play in honor of pianist Philip Glass

The commemoration entitled ‘Glass Worlds’ has already taken place in several countries by famous French pianist Nicolas Horvath, the founder of the ceremony, and will continue being performed in other countries as well.

The commemoration in honor of Philip Glass is to be held in Ukrainian capital, Kiev today Dec. 31.

Previously, Shirkouhi’s Echoes was played at the Palais de Tokyo in Paris in honor of Philip Glass.

Philip Morris Glass born in 1937 is an American composer and considered one of the most influential music makers of the late 20th century.  His most notable albums include North Star, Powaqqatsi, and Songs From Liquid Days.