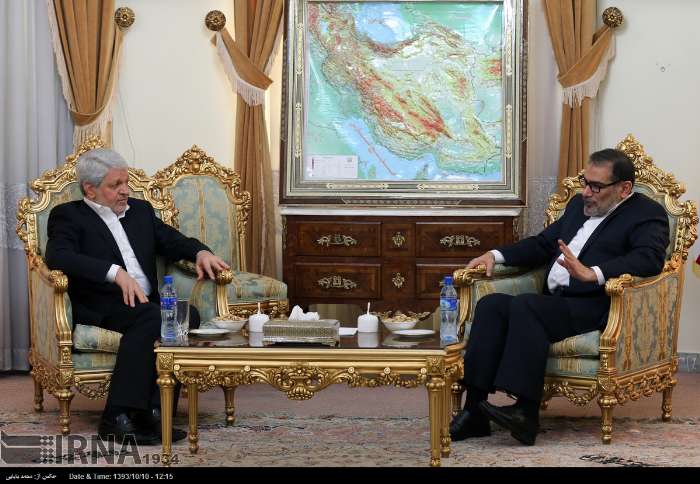 Tehran, Dec 31, IRNA – Secretary of the Supreme National Security Council (SNSC) Ali Shamkhani said here on Wednesday that economic cooperation is considered as the most important priority in relations between Tehran and Baghdad.

Shamkhani made the remarks in a meeting with visiting Iraqi Transport Minister Baqer Al-Zubaidi.

Referring to the establishment of the new government in Baghdad and the growing trend of security in Iraq, he underscored that the two neighboring countries have focused on bilateral economic cooperation.

He also explored avenues for bolstering all-out ties in reconstructing the devastations caused by terrorist attacks as well as infrastructure, rail, land, aerial and marine transportation.

Meanwhile, Shamkhani in a meeting with the visiting Iraqi Defense Minister Khalid Al-Obeidi here Tuesday stressed that all areas of Iraq will soon be cleared from terrorists.

He said that not even an iota of Iraqi soil should be held by Takfiri terrorists, denouncing the unprecedented barbaric acts practiced against Iraqi Sunnis by terrorists.

Shamkhani also underlined the need for speedy return of displaced people to their homes.