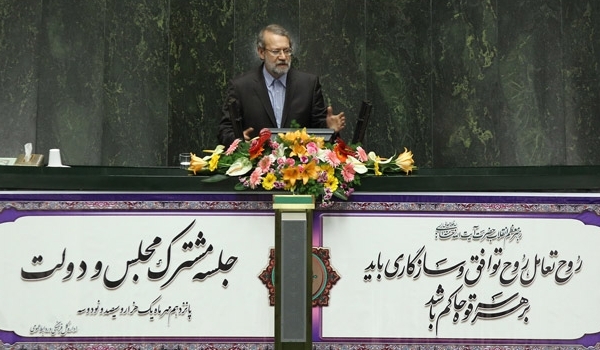 “The Islamic Republic of Iran enjoys such a high degree of  power that it has now gained a geopolitical and geostrategic position,” Larijani said, addressing an open session of the parliament in Tehran on Tuesday.

He referred to the strong relations between the Iranian government and nation and the Islamic Revolution’s influence in the region as well as the country’s scientific and technical development, and said the country’s defensive power has created serious deterrence to enemies’ threats.

“A few days ago, the US president admitted that Iran has the possibility for turning into a successful regional power,” Larijani added.

In relevant remarks in November 2013, a top military commander underlined Iran’s preparedness to confront any possible enemy threats, and said that it is evident to everyone that Iran is a regional power.

“Now everyone regards the Islamic Republic as a big power in the region,” Deputy Chief of Staff of the Iranian Armed Forces Brigadier General Massoud Jazayeri said.

“If we want this power to be increased, we should stand up on our own feet and do not rely on foreign countries,” General Jazayeri said.

He underlined that powerful diplomacy besides heroic flexibility is an urgent need, and said, “If we want to maintain our power, we should resist against enemy’s assaults and cut off our hope in other countries.”