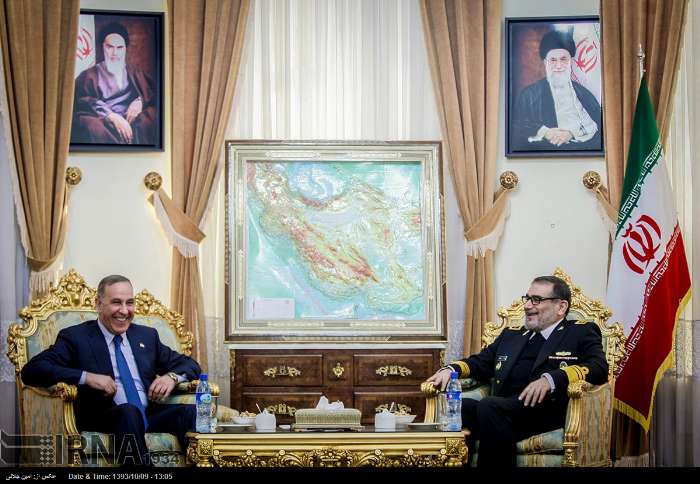 Official: Iraq to be soon cleared from terrorists

He made the remarks in a meeting with the visiting Iraqi Defense Minister Khalid Al-Obeidi here Tuesday.

He stressed that not even an iota of Iraqi soil should be held by Takfiri terrorists.

Denouncing the unprecedented barbaric acts practiced against Iraqi Sunnis by terrorists, he underlined the need for speedy return of displaced people to their homes.

He stressed that Iran’s support for Iraq against the Takfiri terrorists is rooted in religious teachings which do not discriminate between the Sunnis and Shiites.

Pointing to the strategic and extensive cooperation between the two countries, particularly in defense and security areas, he said Iran supports restoration of security and peace to Iraq and the entire region.

He said cooperation and unity among all Iraqi groups as well as public participation are the prerequisites for settlement of Iraqi’s internal problems.

The Iraqi minister, for his part, expressed pleasure over his visit to Iran, saying that Tehran’s all-out support for Iraqi armed forces helped increase solidarity between the two nations and also played a decisive role in the army victories.