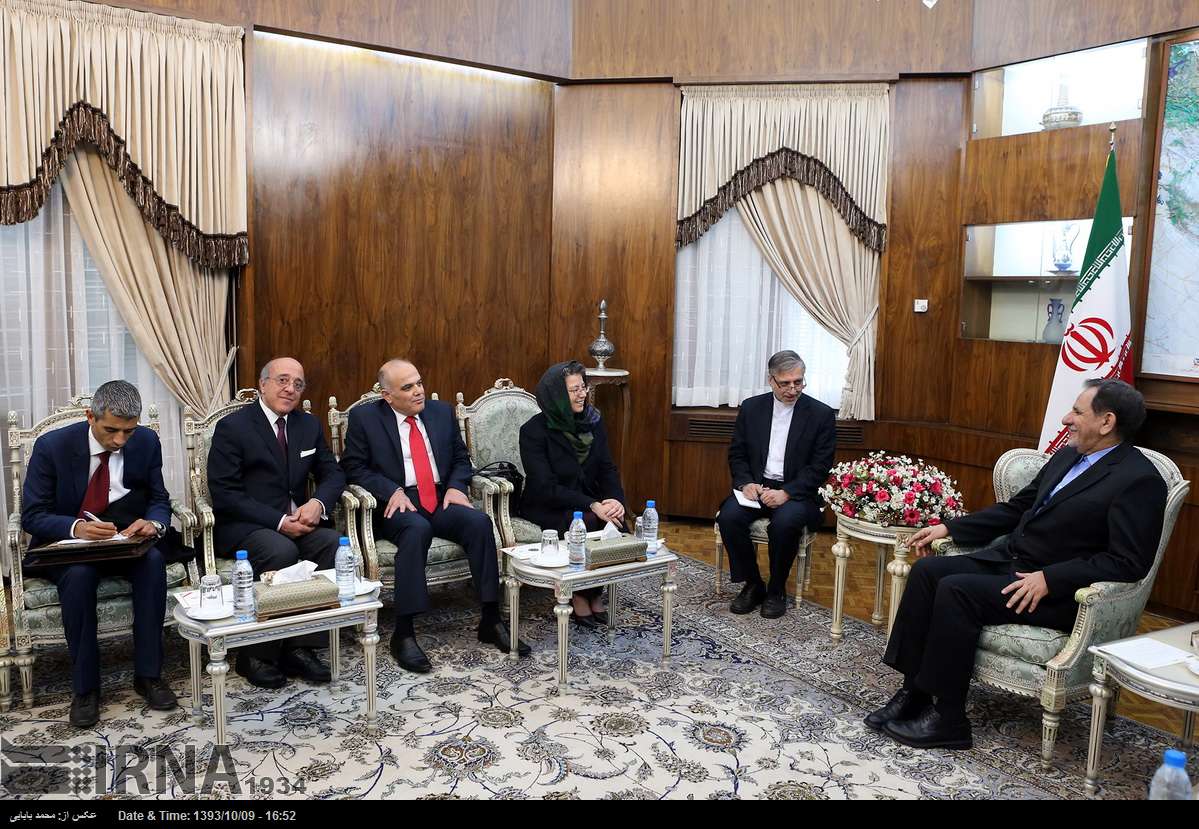 Tehran, Dec 30, IRNA – The First Vice-President Eshaq Jahangiri on Tuesday called for campaign against enemies’ plot for discord and said the Islamic Republic of Iran is comcerned about the attempt to divide the Muslim World.

Jahangiri made the remarks in a meeting with Tunisian Minister of Trade and Handicrafts Najla Harrouche.

Jahangiri congratulated the Tunisian minister on successful parliamentary and presidential elections held in Tunisia and said Tunisia has always supported expansion of relations with the Islamic Republic of Iran and that both Tehran and Tunisia are determined to expand bilateral ties.

The vice-president said that Tunisia has always been supporting economic development in the Arab states and said the country can be inspiring and serve as a model for other countries.

Referring to extensive cooperation between Tehran and Tunisia on regional and international levels, Jahangiri underlined expansion of Iran-Tunisia cooperation in various sectors, especially on issues concerning the world of Islam.

The Iranian official added that today, the world of Islam faces acute problems and Takfiri groups try to display a tarnished image of Islam.

He recalled events in Iraq and Syria and touched on the inhumane measures of Daesh and said Muslim countries, especially such progressive states as Tunisia, can play an important role in easing sufferings of the Muslims

Jahangiri said that Iran considers no limit for expansion of relations with Tunisia.

‘Iran is prepared to put its potential ands experience at the disposal of Tunisia.’

The Tunisian minister for his part said after elections, Tunisia opts for establishment of stability and security.

‘Tunisia tries to upgrade its relations with other countries, especially the Islamic Republic of Iran.’

Noting that all nations are entitled to peaceful use of nuclear energy, Harrouche hoped that Iran would attain its favorable objectives and rights.

Voicing pleasure with common stance of Iran and Tunisia in various subjects, including Palestine, Harrouche stressed right of the Palestinian nation for formation of government and regaining the denied rights.