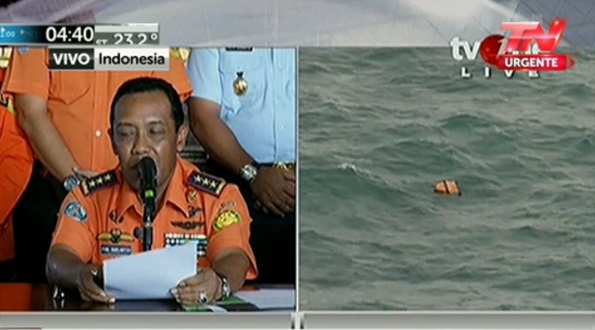 The bodies, swollen but intact, were brought to an Indonesian navy ship, National Search and Rescue Director SB Supriyadi told reporters in the nearest town, Pangkalan Bun. The corpses did not have life jackets on.

Navy spokesman Manahan Simorangkir confirmed the discovery to TVOne, saying several victims were found, but he did not indicate whether they were dead or alive. Air Force spokesman Hadi Tjahjanto told MetroTV at least one body was found.