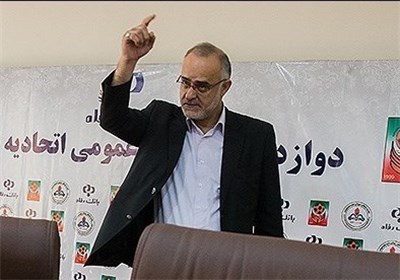 TEHRAN (Tasnim) – President of Iran Football Federation (IFF) Ali Kaffashian said that the IFF General Secretary will step down as his post.

“Mehdi Mohammad Nabi will resign as his post within a few days,” Kaffashian told the reporters on the sidelines of the Iranian national football team’s (Team Melli) training session.

Earlier on the day, IFF vice-president Mohammad-Hadi Ayatollahi, was dismissed from his post.