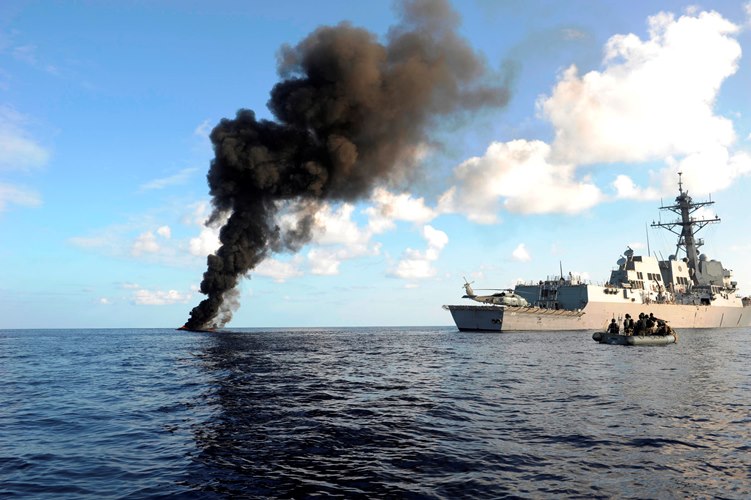 TEHRAN (Tasnim) – The Navy’s 32nd fleet of warships on Monday rescued an Iranian oil tanker from a pirate attack around the Bab-el-Mandeb Strait as the vessels were patrolling in a nearby waters as part of participating units in Army’s massive wargames underway in southern and southeastern Iran.

Servicemen on board a destroyer and logistic warship managed to save the oil tanker from the attack launched by 8 pirate boats on Monday morning.

The Jamaran destroyer and Bushehr logistic vessel, known as the 32nd naval fleet of Iran, carried out the operation while patrolling northern areas of the Indian Ocean as part of the large-scale military wargames, now in its 5th day.

The pirates tried to hijack the Iranian ship at the entrance of the Bab-el-Mandeb Strait.

Codenamed “Muhammad Rasulullah” (Muhammad, the messenger of God), the exercises began on Thursday and are expected to run until December 31.

The drills are held at an area of 2.2 million square kilometers, stretching from the northern Indian Ocean (10 degrees latitude) to the Strait of Hormuz in the Persian Gulf and in the southern and southeastern Iranian provinces of Hormozgan and Sistan and Balouchestan.