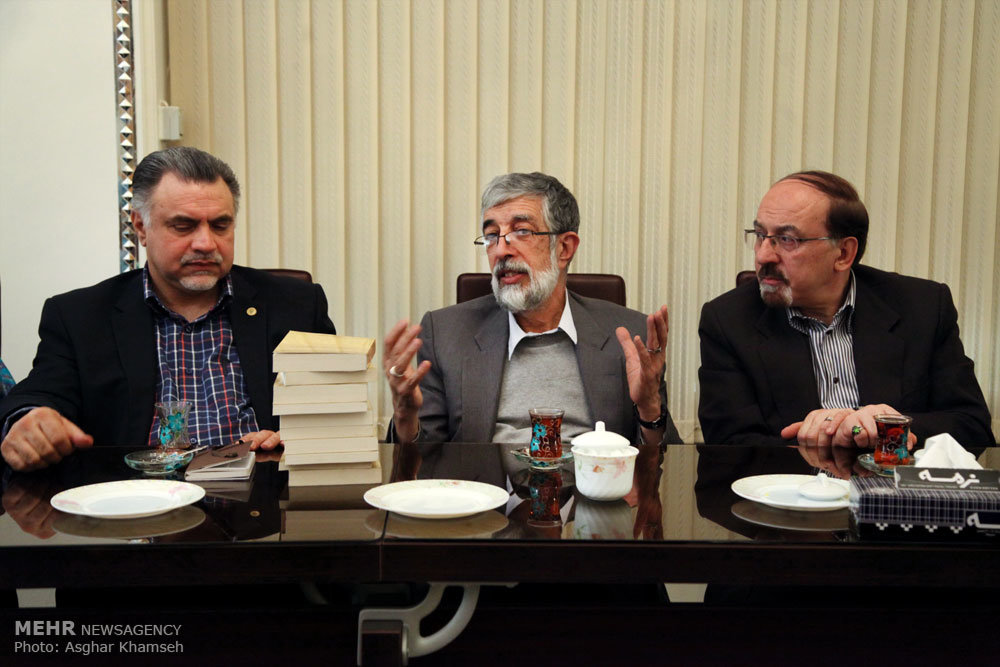 TEHRAN, Dec. 28 (MNA) – A famous Iraqi scholar of Shi’ism based in the Netherlands has visited Encyclopedia of Islam Foundation.

Mohammad Sa’id al-Tarihi, who is editor-in-chief of Al-Mausim quarterly, met with Dr. Gholamali Haddad Adel, the managing director of the Foundation on Sunday. Dr. Haddad Adel, the founder of the Encyclopedia of the Islamic World, emphasized upon the extended visits by Orientalists and scholars of Shi’ism studies to Iran’s scientific centers such as Al-Mostafa Association in Qom and Astane-Qods Center for Research in Mashhad, and called for more scientific cooperation in compiling encyclopedia and introducing famous Shi’ism scholars in Europe between the Foundation and Dutch University of Leiden.

Mr. al-Tarihi and his accompanying delegation also received a full collection of Encyclopedia of Islamic World.

18 volumes of the Encyclopedia have so far been published. The Leader of the Islamic Republic is the head of the Institution and Dr. Haddad Adel serves as managing director.