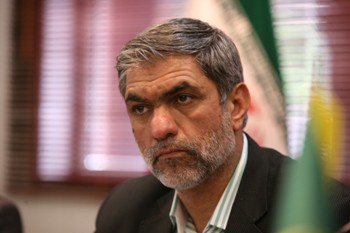 Export of chicken meat, dairy products to Russia being pursued

Tehran, Dec 29, IRNA – A deputy at Agriculture Jihad Ministry said final protocols for the export of chicken meat and dairy products to Russia are under implementation and export of aquatics will commence within coming days.

Hassan Rokni further remarked that with regard to the production condition of protein and dairy products in the country the surplus product can be exported to other countries, including Russia.

To this end, he added, Russian delegations paid inspection tours to a number of Iranian provinces and their sum up of the visits was positive.

He expressed hope that in the forthcoming visits of Russian delegations to inspect dairy products health protocols of the export of dairy products will be finalized.

Stressing that currently Russia is in need of products such as cheese and dried milk, Rokni noted that there are ample opportunities for production of different dairy products in different parts of the country by local factories and there is no problem concerning export of dairy products.

The official denied rumors on the import of infected chicken to the country and said this year no chicken has been imported, adding that in comparison with the first eight months of the past year export of chicken meat shows an increase of 70%.

Rokni said two years ago 750 thousand tons of chicken were imported from Turkey which were destroyed at the same time for being infected under certain circumstances.

He said Iran has no import of chicken meat and is after exporting its surplus production in this regard.