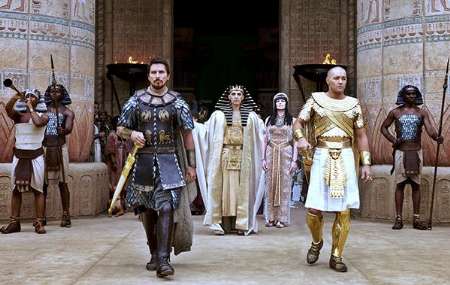 A related official in Egypt said these included the film’s depiction of Jews as having built the Pyramids, and that an earthquake, not a miracle by Moses, caused the Red Sea to part, France24 reported.

Egypt’s Culture Minister Gaber Asfour told AFP that Ridley Scott’s blockbuster was rife with mistakes, including an apparent claim that ‘Moses and the Jews built the pyramids’.

‘It is a Zionist film,’ he said. ‘It gives a Zionist view of history and contains historical inaccuracies and that’s why we have decided to ban it.’

Morocco and the UAE have also reportedly banned the film.