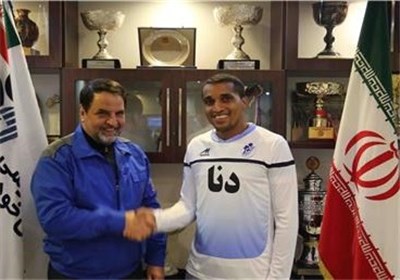 The Brazilian football midfielder has joined the Iranian football club until the end of the season.

Dodo started his playing career in Brazilian team Icasa in 2009. He scored five goals in 70 matches for the team.

The 27-year-old midfielder signed a contract with Atlético Goianiense in 2011 and played 90 times for the team, scoring three times.

Dodo joined Paykan from Ponte Preta for an undisclosed fee.