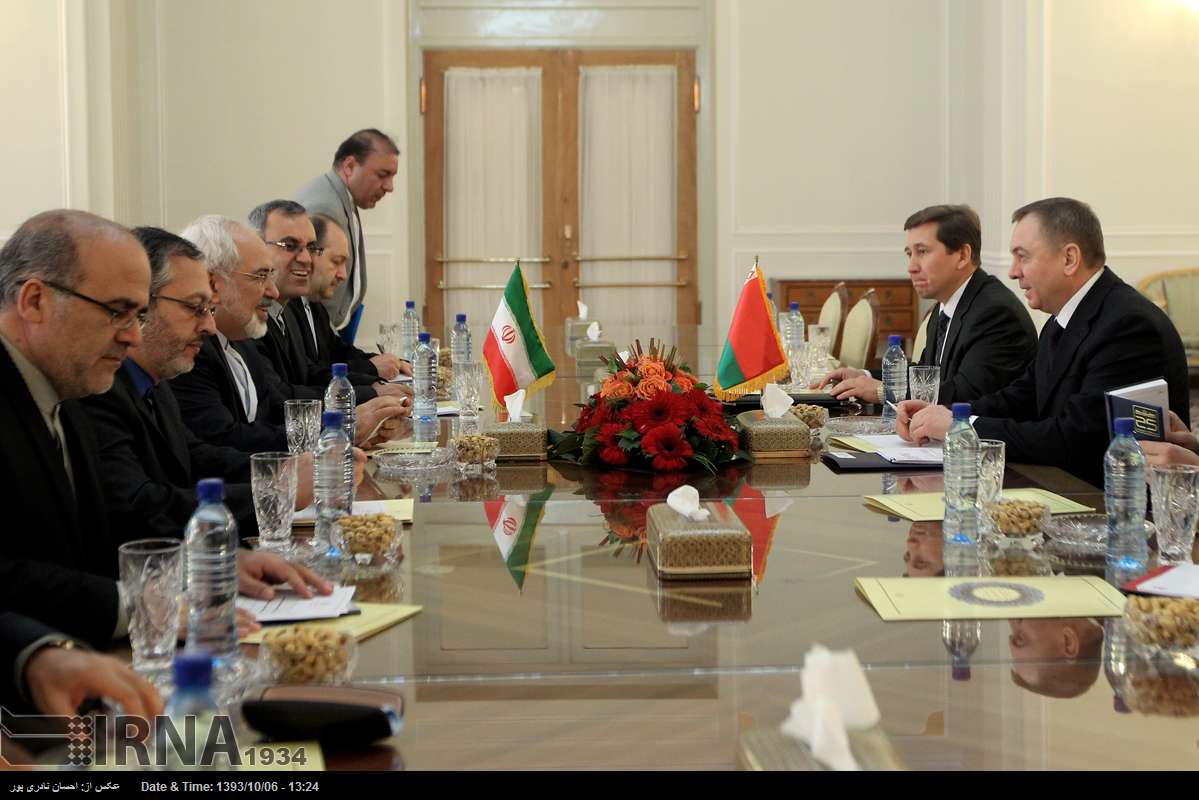 Tehran, Dec 27, IRNA — Foreign Minister Mohammad Javad Zarif said on Saturday that the western governments should understand that sanctions will not bring victory.

Zarif made the remarks in a meeting with visiting Belarus Foreign Minister Vladimir Makei.

Iran is determined to resolve nuclear issue by good faith, he said adding that the western states should understand that unjust sanctions which account for gross violation of international law and regulations should not be regarded as a great victory.

Relations between Iran and Belarus is at satisfactory level as both sides seek to broaden economic cooperation and relations, Zarif said.

meanwhile, Zarif said that the Iranian private sector is ready for partnership with Belarus to implement development projects in Belarus.

Referring to the unjust sanctions on Iran, he said the western governments should not be allowed to misuse sanctions as instrument to put pressure on other countries.

In the meantime, Zarif condemned instrumental use of human rights by the Western governments in campaign against terrorism in Iraq and Syria.

Non-Aligned Movement (NAM) should not let the western states to issue unjust resolutions against other countries in the name of human rights, Zarif said.

Fortunately, the Iraqi government and people could successfully administer the internal issues and prevent Daesh Takfiri terrorist group in political and military areas, he said.

The Islamic Republic of Iran is to support the Iraqi government and people, Zarif said.

Referring to the current crisis in Ukraine, he said, ‘We believe that the countries of the region are able to control and handle regional crisis through cooperation and interaction.’

Belarus foreign minister, for his part, expressed satisfaction over his visit to Iran and said his country always regards Iran as one of its friends.

Current level of economic cooperation and trade between Iran and Belarus should be further bolstered and broadened, he said.

At the end of the meeting, the Belarus foreign minister invited Zarif to pay an official visit to Minsk. Zarif accepted the invitation.

They agreed that Belarus top officials would visit Iran in the future.