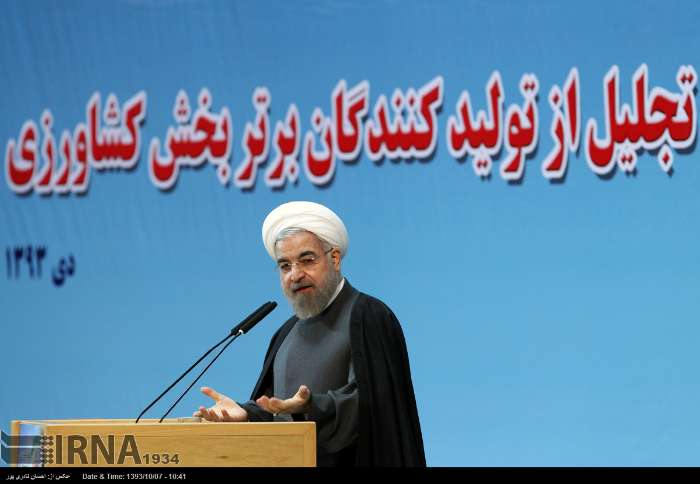 The President made the remarks in his opening remarks in a ceremony to pay tribute to the achievements of 11 outstanding Iranian farmers.

He said even a 10-percent saving in water could lead to drastic changes in the country.

Pointing to the fact that Iran is situated in a half-dry climate, he highlighted the importance of water in prosperity of the nation.

He submitted plates of honor to the 11 exemplary farmers who have been picked up as national heroes in production.

Some 330 wheat-producing farmers are also attending the ceremony.