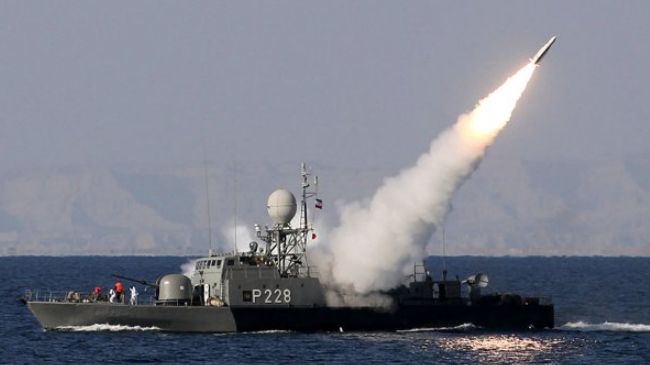 Iran will perform a major missile drill unprecedented in over 35 years on the fourth day of military exercises underway in southern parts of the country.

Iranian Navy Commander Rear Admiral Habibollah Sayyari said on Saturday that the largest missile drill in the history of military exercises in Iran will start Sunday.

Commander of the Iranian Army’s Ground Forces Brigadier General Ahmadreza Pourdastan has also said the drills are unparalleled after the 1979 Islamic Revolution of Iran in terms of the number of troops and the presence of Iran’s Army forces.

A flotilla of the Iranian Navy conducted reconnaissance operations on the third day of the exercises. The warships, which include the Jamaran destroyer and Bushehr logistic gunboat, conducted the operation as part of the wide-scale drills on Saturday.

Sayyari said Iran’s Fateh (Conqueror) submarine was tested in the exercises as well.

Various fixed and tactical radars, visual surveillance, electronic message interception sites and different artillery as well as control and missile systems were also deployed in this phase of the drills.

The joint exercises by Iranian Army’s ground, naval, and air forces are backed by Khatam al-Anbia Air Defense Base and cover an area from the east of the Strait of Hormuz to the southern parts of the Gulf of Aden.