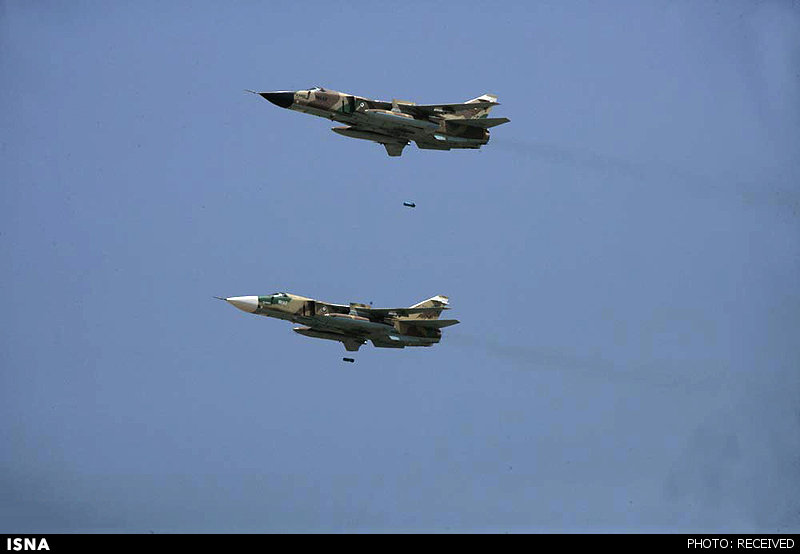 TEHRAN (ISNA)- Iranian Army Air Force shot Maverick missiles from fighters, destroying invading vessels of the hypothetical enemy on the 4th day of Mohammad Rasoulollah (Mohammad, the Messenger of God) military exercise in southern part of the country on Sunday.

The Army Air Force’s F4 Phantom shot the missiles to destroy the targets and support the floating units of the Navy.

The AGM-65 Maverick is an air-to-ground tactical missile (AGM) designed for close air support. The most widely produced precision-guided missile in the Western world, it is effective against a wide range of tactical targets, including armor, air defenses, ships, ground transportation and fuel storage facilities.

Since its introduction into service, numerous Maverick versions had been designed and produced, using electro-optical, laser, charge-coupled device and infra-red guidance systems.

The AGM-65 has two types of warhead: one has a contact fuze in the nose, the other has a heavyweight warhead fitted with a delayed-action fuze, which penetrates the target with its kinetic energy before detonating.

The Maverick shares the same configuration as Hughes’s AIM-4 Falcon and AIM-54 Phoenix, and measures more than 2.4 m (8 ft) in length and 30 cm (12 in) in diameter.