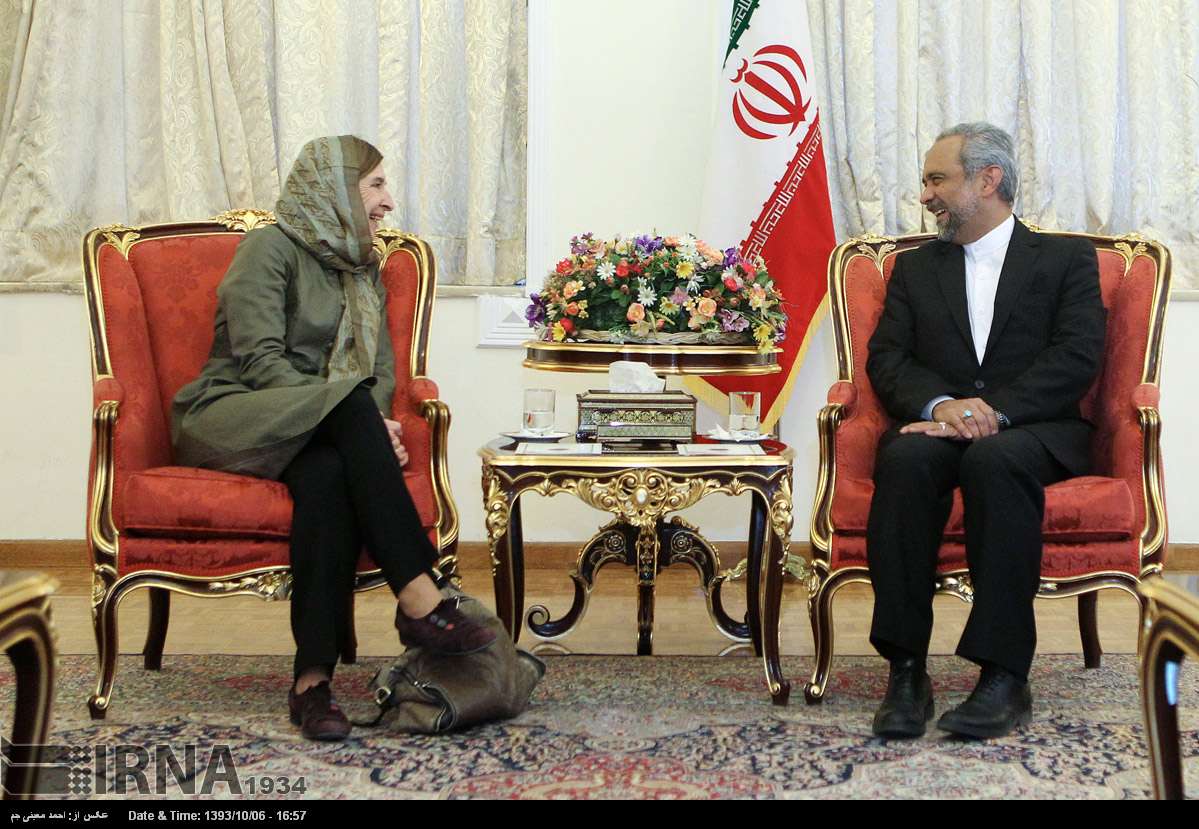 TEHRAN (FNA)- Iranian President’s Chief of Staff Mohammad Nahavandian called on the EU to play a stronger role in the nuclear negotiations between Iran and the Group 5+1 (the US, Russia, China, France Britain plus Germany), stressing that the talks should end in a final agreement before the July 1 deadline.

“Iran and the G5+1 cannot continue their (nuclear) talks forever,” Nahavandian said in a meeting with Norway’s new Ambassador to Tehran Aud Lise Norheim in the Iranian capital on Saturday.

He reiterated that Tehran and the six world powers should strike a final agreement before the upcoming deadline, and said, “The EU, including Norway, should play a greater role in this regard.”

“Iran has transparent policies in different areas, including the nuclear energy, and there are no concerns about Iran’s peaceful activities,” he added.

Earlier today, Iranian Foreign Minister Mohammad Javad Zarif underlined the country’s determination to settle its nuclear dispute with the West, and said reaching a deal between Tehran and the world powers would be possible only when the US-led West accepts to end its sanctions against Iran under a final agreement.

“The westerners should understand this reality that the unjust sanctions which are against the international rules are not a major achievement for them, and once so the negotiations with the G5+1 will lead to results,” Zarif said in a meeting with his visiting Belarusian counterpart Vladimir Makei in Tehran on Saturday.

He also underlined Minsk’s enthusiasm for the further expansion of ties with Iran in all fields.

On Wednesday, Zarif sent separate letters to his counterparts in all the world states to reiterate that any nuclear deal with the world powers should include annulment of all sanctions against Tehran.

“… lifting of all sanctions, is an essential component of any agreement. But some members of P5+1 (G5+1) have become increasingly reluctant to abandon this counterproductive, illegal and inhuman instrument of coercion even at the expense of putting in jeopardy the entire process that provides certainty and assures transparency,” Zarif said in separate letters to his counterparts in different world states.

He briefed his counterparts on the latest developments in the negotiations between the Islamic Republic of Iran and the G5+1 on Tehran’s peaceful nuclear program.

The new round of talks between Tehran and the G5+1 was held in Geneva on Dec 15-17.  The Iranian and US delegations held three rounds of negotiations.