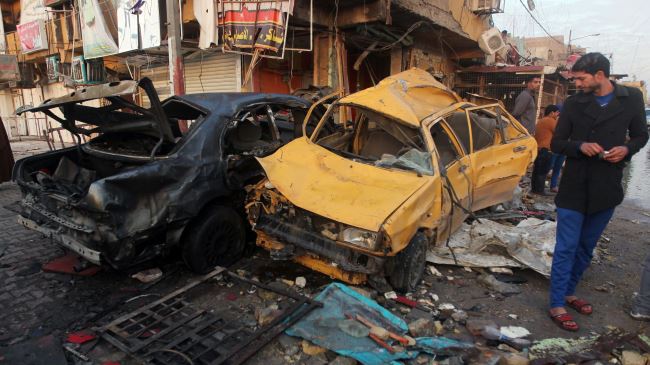 The ISIL Takfiri militants have claimed responsibility for a bomb attack in south of the Iraqi capital, Baghdad, that targeted Sunni fighters who oppose them.

At least 38 people were killed in the Wednesday bombing, one of the bloodiest incidents in recent weeks.

The attack took place after a bomber blew himself up among the soldiers at an army post in the town of Maidan south of Baghdad as they were collecting their monthly wages. More than 61 others were also wounded in the attack.

In an online message, the ISIL militants claimed responsibility for the attack and identified the bomber as Saifeddin al-Ansari.

The Sunni fighters were part of pro-government tribesmen battling against the terrorists.

The Takfiri ISIL terrorist group continues to control some parts of Syria and Iraq. The ISIL terrorists have engaged in crimes against humanity in the areas under their control, including mass murdering local civilians as well as captured army and security officers while terrorizing people from diverse communities, including Shias, Sunnis, Kurds, and Christians.

Despite the US establishment of an international coalition to help defeat the foreign-backed terror group, the airstrikes conducted by the force against the armed elements have proven quite ineffective, failing to dislodge them from their positions.