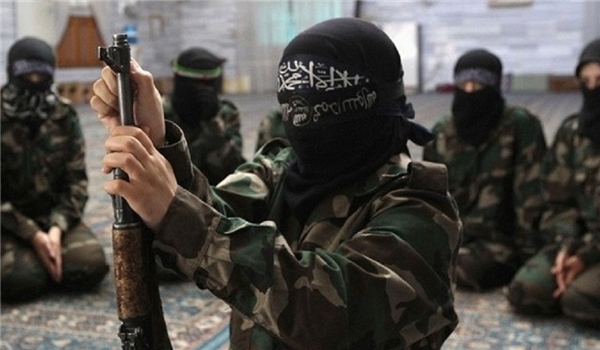 TEHRAN (FNA)- 2015 will be a decisive year for Iraq and Syria, specifically for their strong alliance with Iran in the fight against terrorism and extremism.

It’s all the reason why Iran’s Parliament Speaker Ali Larijani took a weeklong Middle East tour as 2014 comes to a close to ensure that strengthened ties with Iraq and Syria would continue well into next year as well.

After helping Iraq and Syria hammer the terrorist group of ISIL on many fronts, the Iranian Parliament Speaker’s tour suggests Tehran has no intention whatsoever to forgo the strategic partnership with its regional allies.

There is certainly a lot of substance to talk about this official tour. Iraqi and Syrian officials say they welcome and are looking to Iran for help in their battle against terrorism. So in many ways, next year will see even more anti-terrorism measures taken by the three sides, which could also include:

* Improving exchange of information and detection of threats

The main point regarding Larijani’s official tour is that this is not the first time – and certainly not the last time – that Iran, Syria and Iraq have explicitly backed each other in the fight against a foreign-backed pseudo-caliphate. So no matter how much pressure the United States and its allies would put on Iran, and no matter how bloody the war against ISIL would be, the three regional allies will continue to stand by each other.

Since terrorism represents a threat to their security, freedom and values, and to their citizens, they have no option but to provide an appropriate and tailored response to combat this phenomenon.

To this end, they must work hard on preventing and cracking down on all terrorist activities. Tackling the causes, resources and capacities of terrorism, as well as coordination between law enforcement agencies, and security and volunteer forces are among other measures that they need to take to ensure the effectiveness of combating this transnational phenomenon.

All sides clearly understand how important this relationship and commitment is for the “real” and “nonselective” fight against terrorism as well as the message it would send to the Islamic world where Tehran’s public support for anti-ISIL campaign is being appreciated.

The Iranian Parliament Speaker’s regional tour was just the beginning, yet more than sufficient to establish this commitment on the part of all parties involved. As ISIL’s slow demise suggests, the anti-terrorism alliance among Iran, Iraq and Syria is working and will certainly gather pace in the coming months. In 2015, there should be no future and certainly no country for the foreign-backed terrorists in Iraq and Syria.