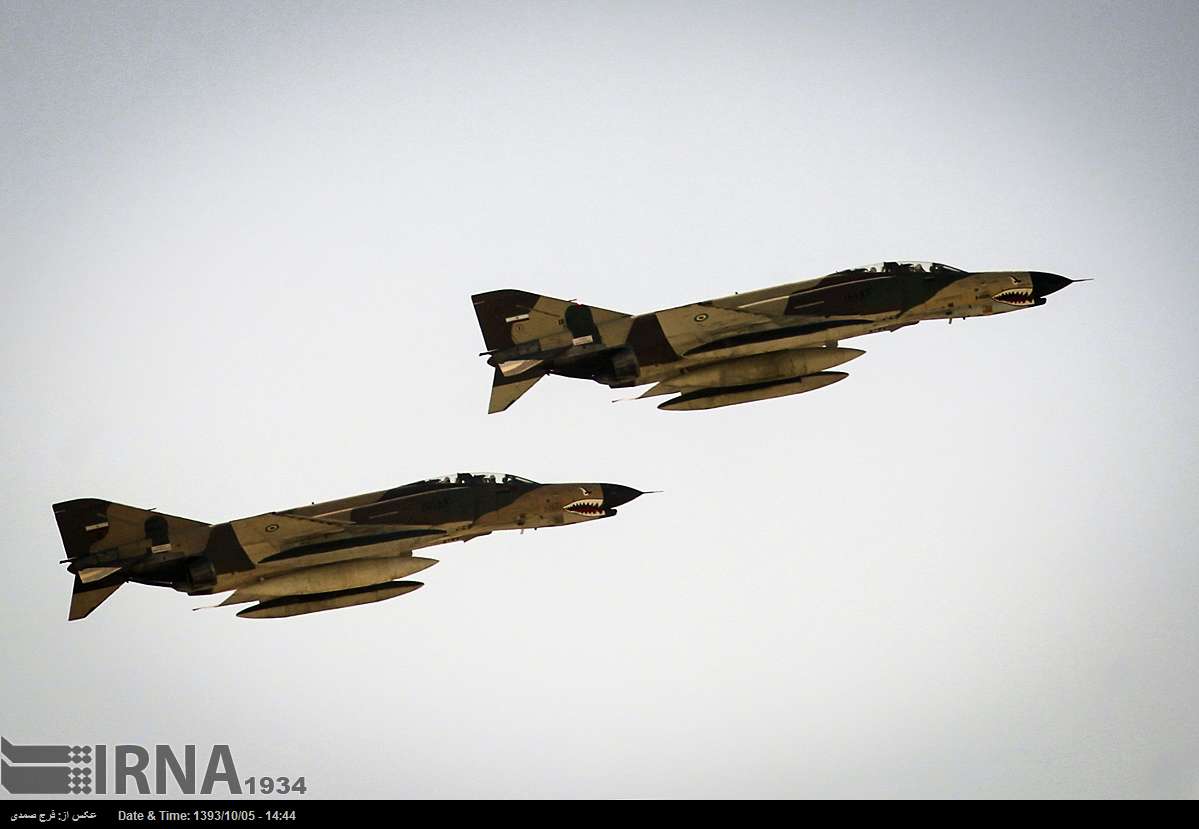 Major General Hossein Chitforoush reiterated in an interview with IRNA’s dispatched reporter Friday evening, “the fighter jets of the Islamic Republic of Iran Air Force today on the 2nd phase of the war games flew to the region and bombed the positions of the mock enemy.”

He added that the F4 and mirage fighters of the Air Force flew to back up the operation of the Army and launched their operation on the 3nd day of the war game.

The IRI Air Force commander said that keeping in mind th vast area in which the 2nd phase of the war game is launched, the Air Force operations to were done in highest volume of flights on Friday.

Commander Chitforoush said that in addition to those sorties of flights a part of the Air Force fighters, too, took off disguised as the mock enemy planes and launched operations against the friend forces.