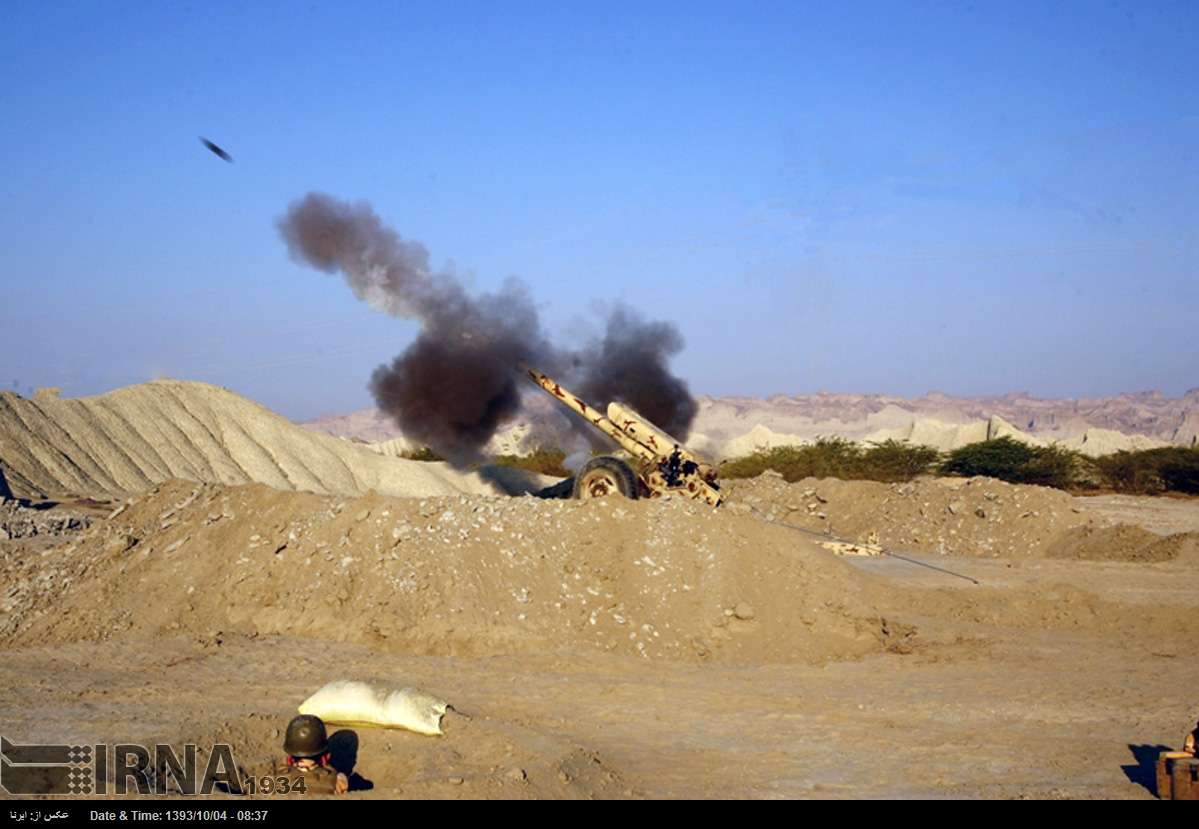 According to IRNA’s dispatched reporter to the war games’ zone, the army units began a vast attack using indigenous, self-sufficiency achievements, including individual and group weapons Shahed, Akhgar, and the Zolfaghar and Samsam tanks relying on the air coverage of the army helicopters that in several sorties of flights join the war game operations and there are also the firing of the Amy’s missiles and cannons.

The tactical assumption of this war game as of its first phase was that the enemy forces have after engagement with the Iranian Navy has reached the mainland, the Iranian Army has blocked their procession initially, and begun attacking them later.

The Khatam ul-Anbia Air Defense Base using its main headquarters and its tactical bases provides secure and multilayer connections for the friend forces and creates electronic disturbances for the enemy’s land and navy forces in the region.

Later on today the Iranian Air Force F4 and Mirage fighter jets are scheduled to support the land operation of the Army.

The Mohammad Messenger of Allah War Games is launched in a 2,200,000 square meter area expanding from the eastern water of the Strait of Hormuz in Iranian and international waters to the 10 degree radius in the north of the Indian Ocean and several Iranian eastern and southern provinces for a six day period.