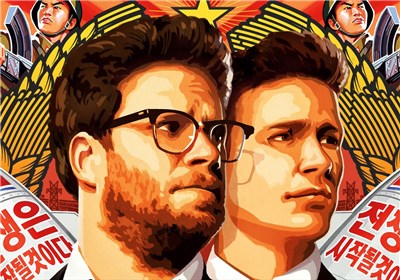 TEHRAN (Tasnim) – Sony, the Japanese-owned company, has released online The Interview, the film that has angered North Korea and prompted a cyber-attack on the company.

The comedy was available for rent in the US from 18:00 GMT on several online platforms, a day before a limited release in hundreds of cinemas on Christmas Day.

Featuring Seth Rogen and James Franco, two American comic actors, the film is a comedy about a CIA plot to assassinate Kim Jong-un.

The film’s future had been in doubt after Sony said it was cancelling the release after an embarrassing cyber-attack on its corporate network and threats against potential watchers, Al Jazeera reported.

The US has blamed the hack attack on North Korea, and President Barack Obama has threatened reprisals.

North Korea denied responsibility for the hack attack and issued its own threats against the US.

Sony also came under fire from Obama and free speech advocates for pulling the film, and the studio quickly performed an about-face.

Some US theatre chains also got cold feet after anonymous online threats.