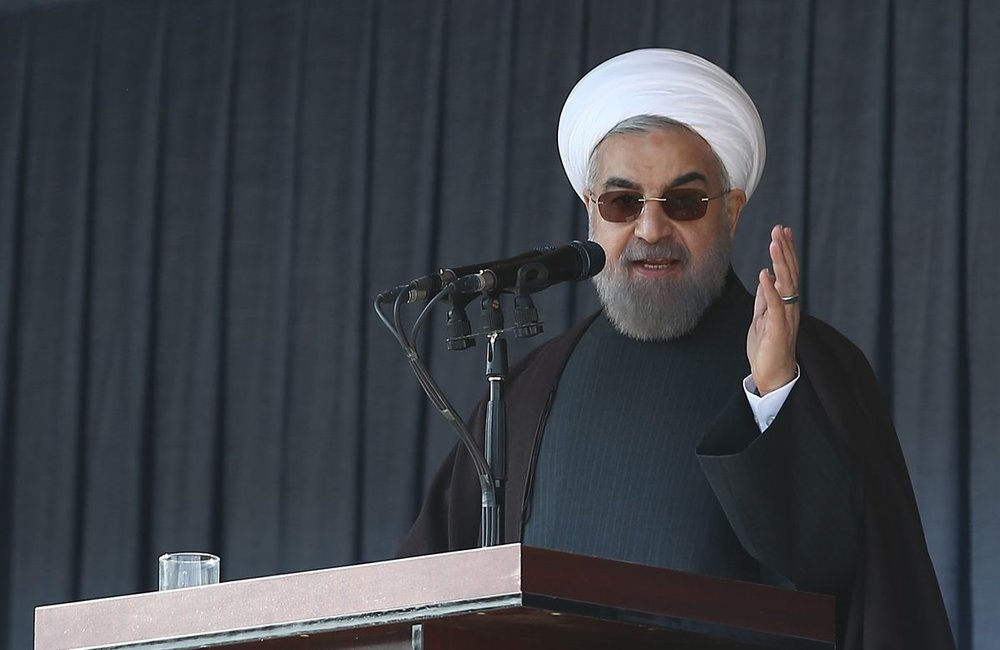 BIRJAND, Dec. 25 (MNA) – Iran’s Hassan Rouhani has said to build the country, Iran should develop a constructive cooperation with the rest of the world.

President Rouhani who was addressing administrative meeting of South Khorasan province Wednesday evening, said that balanced development in different aspects should be a priority to the government and that the country would not survive with avoiding healthy and constructive relations with the world.

Rouhani also expressed gratitude for Birjand public warm welcome to his cabinet. “I am pleased to see that all demands nationwide seek one unit theme of ‘development;’ the world of today is a world of competition and communication; any technological advancement in far away countries could easily wield impact on our economy,” president asserted.

“If we fail in competition of essential goods and services in international markets, the alternative will be relying on other countries’ aid to keep ourselves in the path to development,” he added.

Rouhani also pointed to Iranians’ historical quest for democratic freedom; “we founded National Assembly in a time when there was no such assembly in the region; we accomplished the feat of establishing house of justice,” he cited as examples of national efforts. “The history of civilization in this country is embellished with its manifestations everywhere including Southern Khorasan; we have rich underground resources which catapult us to the top of the list of countries with natural resources,” Rouhani emphasized.

“There would be a great revolution if we connect southernmost port city of Chabahar to far northern regions as Central Asia; we enjoy a superior strategic position in the region and valuable asset as active human labor; we even are in higher places in terms of technology and science,” Rouhani told the meeting, believing that these properties should translate to a better position in the international community for Iran.

Rouhani also commented on the latest conditions of international sanctions hitting Iranian economy hard; “we have eliminated part of sanctions in petrochemical, automotive, insurance and shipping industries, and the government works to move forward through thick and thin,” he said.

President however admitted that he would not make promises the fulfilling of which would be difficult during his term; “the railroad of the province would be connected to national railroad; we are working to attract the necessary finance to the project; we always want to make promises that could be fulfilled,” he told the meeting.

Rouhani also pointed to asymmetrical allocation of resources to different provinces as a fact; “the newly established provinces require more efforts and the government seeks to bring a balance to these provinces in terms of budget allocation tangible enough for the public to see changes in their lives,” he added.

On environment, Rouhani cited water and wastewater management as an issue of pollution in the environment which would threaten public health.