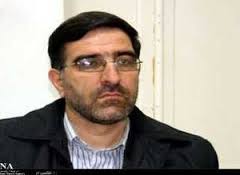 MP: Government has checked the inflation

Qom, Dec 25, IRNA – A member of the Majlis Plan and Budget Commission stressing that the government has harnessed acceleration of inflation said all should trust statistics that are announced by the president on economic issues.

Ahmad Amirabadi Farahani told reporters that one of the criteria about inflationary pressures is that people should feel the inflation, adding that the 11th government has controlled the rising inflation and critiques should be fair.

Farahani who is a deputy from Qom in the Majlis further remarked that whether inflation has dropped or controlled should be examined by the experts but all should rely on official statistics.

As for the cash subsidies in the next year budget, the parliamentarian said some of the households are faced with problem in this regard while some others have not registered yet and they too have some difficulty.

He said a new outlook towards targeted subsidies is that the cash subsidies should be paid to the deprived masses while some deputies believe that people with incomes of up to 15 million rials should be eligible to receive the sum twice as much as the amount they are being paid now.

However, he added, for the next year the government has proposed 480 thousand billion rials of cash subsidies for the payment of which the number of those who receive subsidies should be reduced.