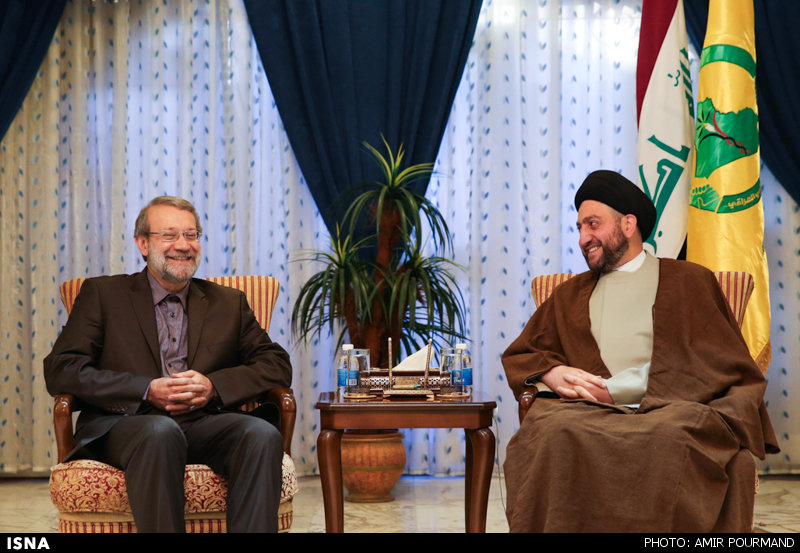 Larijani: US treatment of terrorism distrustful

Baghdad, Dec 25, IRNA – Iranian Parliament Speaker Ali Larijani said here on Thursday that the way the US is treating the issue of terrorism is distrustful.

In a meeting with the Leader of Supreme Islamic Council of Iraq Ammar al-Hakim, he said suggesting such issues as ‘moderate terrorism’ is a deception.

Referring to his tour of three countries of Lebanon, Syria and Iraq, he expressed happiness over the fact that security situation has been remarkably improved in these countries.

He commented on the ongoing political crisis in Syria and reiterated that plans proposed by some countries are positive.

The Iranian Majlis speaker further termed political peace in Iraq as key to its development and said unity among different groups was necessary for full establishment of tranquility and stability in the country.

Al-Hakim, for his part, expressed satisfaction with the deep strategic relations existing between the two neighboring states.

He hailed Iran’s assistance rendered to Iraq from the very beginning days of terrorist attacks and said Iran rushed to help the Iraqi nation in only a few days.

He further described the political atmosphere in Iraq as positive and said Tehran-Baghdad political and economic cooperation will be fruitful.

Larijani started his Iraq visit by arriving in holy Najaf Tuesday morning. There he paid a pilgrimage to the Holy Shine of Imam Ali (AS) and met with prominent clerics of the city.

Larijani is visiting Iraq on the third leg of a regional tour which has already taken him to Syria and Lebanon.