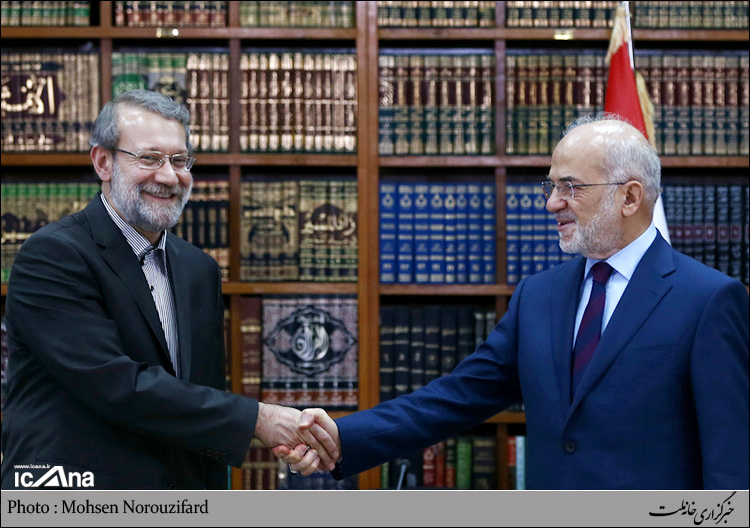 Baghdad, Dec 24, IRNA – Terrorism is terrorism, there is no such thing as moderate terrorism, and assisting terrorists in Syria equals assisting them in Iraq, Iranian Parliament Speaker Ali Larijani said in a meeting here Wednesday night with Iraqi foreign minister.

“It is Iraq’s right to demand for compensation from the countries that have assisted the terrorists; when a terrorist group is branded as moderate this naming does not change the terrorists’ mentality, and this is a political fraud,” said Larijani.

The top Iranian lawmaker said that some western and some regional countries pursue policies aimed at damaging the Iraqi security and democratic process.

“The more active that the ISIS will be it will create more sectarian strife, which will lead to greater political and tribal conflicts and this serves the interests of some counties. Meanwhile, the terrorist movements waste the energy of the major regional countries and this benefits the Zionist regime,” he said.

Elaborating on the cause for Iran’s current contributions to Lebanon, Syria and Iraq, he said that such assistance is in campaign against terrorism.

“That is because terrorism and Zionism are the two blades of the same pair of scissors which has aimed at the interests of the Islamic Ummah (nation),” said Larijani.

The Iraqi Foreign Minister Ibrahim Jafari, too, for his part said that Iraq is after mobilizing the regional countries in campaign against the Daesh, arguing that this will of course take some more time.

“Beyond doubt, Iran’s resistance side by side with Iraq is of great significance and our responsibility today is strengthening the Iraq economy, security and political unity,” he said.

Jafari added that the Iraqi officials never feel ashamed of confessing to Iran’s resistance by their side in the course of campaign against terrorism at the international scenes.

“Therefore, I have in several international conferences, such as the ones in Jeddah, Paris and New York clearly spoken about this issue,” he said.