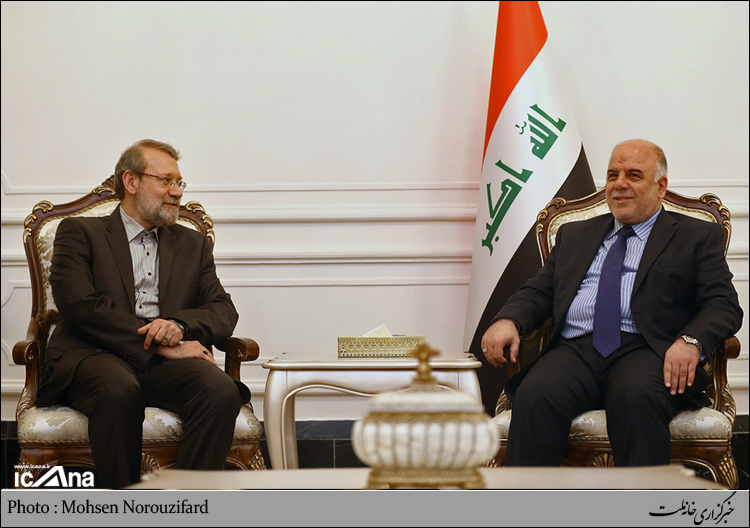 “In war against terrorism and in case of the recent crisis, such as the liberation of Mosul, Iran assisted Iraq quite frankly and with all its capabilities,” said Al-Abadi in a meeting Wednesday evening with visiting Iranian Parliament Speaker Ali Larijani.

The Iraqi premier added that Iran has in all phases and throughout all hardships maintained its presence by the side of the Iraqi nation, which is why the Iraqi officials and nation always appreciate Iran and will never forget their eastern neighbor’s kindness.

“The two nations and governments should remain by the side of each other in political, commercial, development and advancement fields, as the two nations are inter-related with each other,” said Prime Minister al- Abadi.

He said that relying on the assistance and support of each other, Iran and Iraq can construct a bright future both for the two nations and for the whole region.

The Iranian parliament speaker, too, in the meeting once again emphasized Iran’s full support for Iraq in its campaign against terrorism and expressed hope that some countries that have pursued policies leading to strengthening of terrorism will revise those policies.

Larijani’s four day visit of Iraq is the third leg of his regional tour to Lebanon, Syria and Iraq.