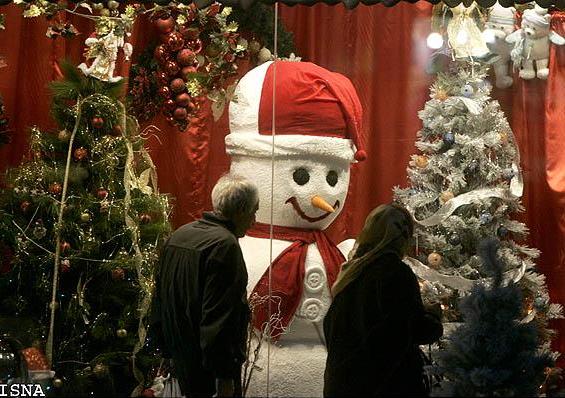 A snapshot of Christmas in Iran

Iran’s Christian Armenian minority is storming the gift shops in Tehran, buying them out of all their ornaments, Santa figures and pine trees to hang in their stores and homes.

As Christians all over the world geared up for Christmas this week, so too were Iranians preparing to celebrate the festive holiday in all its glory. Iran’s Christian Armenian minority in particular has been storming the gift shops in Tehran, buying them out of all their ornaments, Santa figures and pine trees to hang in their stores and homes.

This colorful event has attracted attention, not only since it is taking place in the streets of a Muslim majority city, but also because the Armenian church celebrates Christmas on January 6, rather than December 25.

Armenian Christians aren’t the only ones celebrating; Muslims are also taking advantage of this holiday as an excuse to celebrate and buy gifts. This year, the timing of Armenian Christmas is interesting for anther reason too: it coincides with an important month for Shiite believers, including Arba`een, which commemorates the martyrdom of Husayn ibn Ali, and the day that marks Mohamed’s death.

This, however, does not stop Iranians from preparing for this festive holiday, resulting in some beautiful pictures featured on Persian sites, mostly those operating outside the country and the mainstream media.