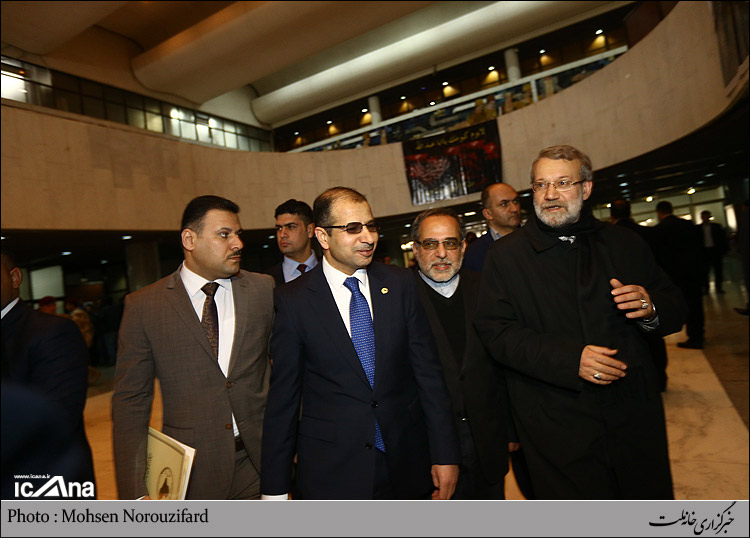 TEHRAN (Tasnim) – Speaker of Iran’s Parliament Ali Larijani said Iraq is still struggling with the problem of terrorism, but at the same time noted that the problem is partly resolved in the Arab country thanks to the assistance provided by Iran.

“Iraq is involved with the problem of terrorism today, which has been to some extent resolved with Iran’s help,” Larijani told reporters today upon his arrival at the Iraqi capital, Baghdad.

The Iranian lawmaker emphasized the serious determination of the Iraqi groups in their fight against terrorism.

He called terrorists “the enemies of everyone”, adding that different ethnic and religious societies in Iraq are struggling with the inauspicious phenomenon of terrorism.

Larijani is visiting Baghdad on the second day of his visit to Iraq, the final destination in his tour of the regional states.

Earlier, he met with the leading religious figure Grand Ayatollah Ali al-Sistani in Najaf on Tuesday and had a meeting with his Iraqi counterpart Salim al-Jabouri today in Baghdad.

Before arriving in Iraq, the Iranian speaker visited Syria and Lebanon during which he had met the Syrian President Bashar al-Assad, his Syrian counterpart Mohammad Jihad al-Laham, and the Secretary General of the Lebanese Hezbollah Movement Seyyed Hassan Nasrallah and several high-ranking officials.