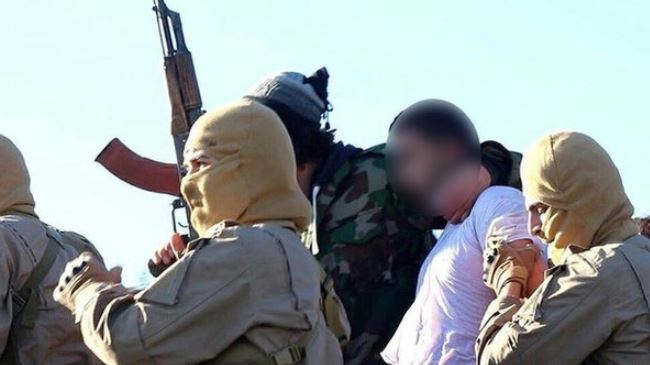 A Syrian opposition group says the ISIL Takfiri militants have shot down a US-led coalition warplane over northern Syria.

The so-called Syrian Observatory for Human Rights said Wednesday that ISIL militants also “took a [non-Syrian] Arab pilot prisoner after shooting his plane down with an anti-aircraft missile near Raqqa city.”

Jordanian officials have not made any comment on the incident.

Jordan, Saudi Arabia, the UAE and Bahrain are among a number of countries that have joined the so-called US-led alliance carrying out airstrikes against ISIL in Syria and Iraq. This comes as most of these countries have been supporting Al-Qaeda-linked militant groups fighting the Syrian government.

If confirmed, this would be the first coalition warplane shot down since the airstrikes started in September.

The ISIL militants, who have seized large swathes of land in Iraq and neighboring Syria, have been carrying out horrific acts of violence, including public decapitations and crucifixions, against all communities such as Shias, Sunnis, Kurds and Christians, in both Arab states.